Music plays without being prompted at random times

Anyone else have their Pandora app on Android randomly start playing music after they paused it a while ago (some times ~15 minutes, if not hours later?) Of course it unpauses and blasts music at the worst times like work meetings or when I'm on the phone.

I've had this happen mostly on my Android Samsung Galaxy tablet, but now this morning on my Galaxy S8 phone with Pandora version 1910.1 (Android Tuner 1910.1RC12).  Strangely, the phone started playing music while I was already listening to Pandora over the web (guessing it hadn't detected the "other" listener yet.

My best guess is its like the "Pause Live TV" cable box feature where if you pause too long and the buffer fills, it automatically unpauses because it runs out of memory and needs to start playing the recorded content. I do have Anker Soundbuds Slim+ and a Garmin Vivoactive 3.  The earbuds haven't been connected when this has happened, but my watch is always connected.

Thanks for letting me know @mada2885 this info is super helpful. We apprecaite your patience while we investigate. 👍

AAtwood
Local Performer
I uninstalled and reinstalled the ap after the original 2 occurances. My device is a Samsung galaxy note 8. Att is the carrier. Android version 9.
0 Kudos
Likes
Reply 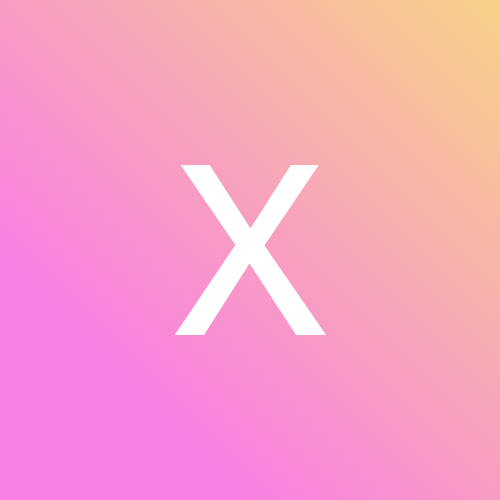 This happens to me too.

@Xsmatt Thanks for sharing your experience.

I can report this over to our engineering team, could you provide a bit more info about your device?

This happens to me all the time if I have the app open on my phone.   Usually after I listened to it on headphones of any kind.   This will occur when using both Bluetooth or hard jack connectors.   If you disconnect either one, the music will stop and it remains paused for a random ammount of time, then start playing again later.  I have not tried just starting the app without using it initially first.  It is a really annoying bug that has been around ever since I started using Pandora on my phone.  (I used it a lot on my PC before that, and I started using it on my smart phone multiple years ago)  This also happens on my brothers Android phone which is of a completely different make and model. I'm really surprised the problem hasn't been tracked down yet.  I've heard of people getting very frusterated with this to the point they uninstall Pandora eventually, you might want to track this problem down?

@Callak It may help to run through the troubleshooting steps listed here.

If you continue to experience issues with this, can you send over a bit more info about your device?

Are you connected to Wi-Fi or 3G/4G when this is happening?

Thanks for all your help with this! I am also having the same problem on my pixel 3a. I only use it for Android auto, but it will randomly start blaring especially when I close my other apps.

Sorry to hear that you've run into this issue recently.

I would recommend trying out the steps from @AdamPandora's post here.

If the issue persists, please provide the requested information regarding your device in your next post.

Same thing happens to me. I have LG Stylo 3, Straight talk service, Pandora premium. Pandora has been paused from from my bluetooth drive into work when i turn off my car. then hours later during the day it just decides it's time to unpause and start playing.

I can report your specific experience to our engineering team from my end.

Mind sharing the following details about your LG Stylo 3 device?

Thanks so much for your help with this!

I've had the same problems on my Pixel 2 XL with Pandora One and Android Auto, but no other Bluetooth device. I tried the steps recommended, and also replaced the phone (for a bad charging port), to no avail. It's happening so often that I just have to keep the volume silent.

@bradypdrew Thanks so much for sending over this information.

I'm passing this along to our engineering team so that they can look into it.

Appreciate your patience during this process! After setting the sleep time to 60 minutes Pandora will play for that 60 minutes and stop like it is supposed to. After so much time it will automatically start playing again in the middle of the night waking me up. I have tried all the troubleshooting steps necessary to correct this. I am using an Android, Samsung Galaxy S9, Android version 8.0.0, Pandora version 2002.2. I am ready to unsubscribe from Pandora Plus & find another music app to use. This is very frustrating especially when paying for a service (even tho it is a small amount each month, this is unacceptable.

I moved your post over to this thread to keep the community space organized. I'm sorry for the continued trouble with this.

Let me know, and I can share this with our team.

I figured out a workaround! When unplugging my phone from the car, after use of Android Auto, if I play and then pause Pandora it stays paused for good. No more random playing, except for times I forget to play/pause.

So it seems my issue is Android Auto related. Hopefully this helps.

@bradypdrew Thanks so much for sharing this!

@RenaD Feel free to check out @bradypdrew's workaround to see if this helps your issue too.

In the meantime, I've reported this information to the appropriate party for further review. This was happening on my Galaxy Note 9 and now on my Galaxy Note 10.  I have been folowing this thread for some time now and attempted all suggested fixes.  I primarily use Pandora with Andriod Auto and anywhere from minutes to hours later it starts blasting music.  The funny thing is, the app isn't even open on my phone when I do this.  I look for Pandora on the notifications screen and then on the recent apps screen.  I have to actually tap on the Pandora icon and then the app starts like it's not already open and then once it starts I can pause it and shut it down.  Both the app and the OS are up to date.  This has happened across 2 different phones and all of the most current OS updates and app updates.  I would really think you guys would have had a handle on this by now.  Amazon Music is starting to look pretty enticing.

Same exact scenario, even down to the phones (note 9 to note 10). Smdh....seems like making the timer (or pause) actually time out or stop completely when the app is shutdown should be a simple solution as oppose to keeping the pause or timer in the background only to make it surface again at random times.