Unable to cast to Chromecast

I have attempted to fix it by restarting the devices and my phone (Samsung S10).  All devices are current with software updates.  Other casting services (Amazon) cast just fine from my phone to all Chromecast devices.

What could be the problem and how can I fix it?

I've gone ahead and enabled a trace on your Pandora account to better understand what's happening.

I would recommend trying out the following while I have the trace enabled:

Another option is to try troubleshooting the Pandora app on your Android device. You can find those steps here.

Feel free to let me know how it goes by responding directly to this thread. 🎧

I've tried it again now and got only slightly better results.  I have several Chromecast Audio devices.  After testing with several of them, I was only able to connect to the last known session in the "Kitchen" Chromecast.  However, I could only play, pause, and skip; I could not change the Pandora channel to any other than the last channel the device was using.  I then power-cycled the device, restarted Pandora, and attempted to cast again.  This time I got the message, "Your session with Kitchen has ended."  I was able to successfully cast music to Kitchen using other non-Pandora casting services.

Let me know how things look on your end.

There are times when I don't want to continue playing the music where I left off, but I can't find an option or method to indicate this.

For example, I have a Chromecast Audio in my kitchen for enjoying music while I cook and eat.  I may have some upbeat and rocking music with dinner, but in the morning I like quiet calm music.  Often in the morning, I will open the Pandora app on my phone, choose a calm station, select to cast to the kitchen speakers, and will get "Continuing where you left off" and it will suddenly blast rockin' music from last night instead of the calm music I just chose.  To add to the complication, I then cannot change the station in the kitchen; it will always stick to the last played station no matter which station I change it to using the app.  After several connect/disconnect cycles, eventually it will correct itself.

I have tried power-cycling the Chromecast Audio device, clearing the Pandora app cache, clearing app data, and reinstalling the app from scratch.

How can I make the casting command to "use the station I just chose" rather than "pick up where I left off"?

Thanks for providing those details, @Phade. A few other listeners have mentioned similar issues. I'd like to share this with our engineering team.

Would you mind telling me a bit more info about your device?

Are you connected to Wi-Fi or cellular data when this is happening?Let me know, and I can pass this along.

Here are more details about my device:

Also, the post you merged into this post ("Unable to NOT continue where I left off") is a separate issue that has been occurring for a few weeks.  The topic in this current post has been a few days.

Update on the original post:  I am now able to cast to multiple devices.  However, the "Unable to NOT continue where I left off" issue still persists.

@Phade I moved your second post over to this thread, as we have received reports about a similar issue. When you're having trouble with your Chromecast, it sounds like it's actually creating two separate streams.

Thanks for sharing these details. This is extremely helpful, and I will pass your information along to our engineering team so they can investigate a bit more.

Appreciate your patience while they look into this!

Yes, this may be part of the cause.  I was streaming music to my "Desk Speakers" Chromecast Audio and decided to switch to headphones.  I opened the Pandora app on my phone, hit the "cast" icon, and clicked "disconnect" from the speakers.  My phone then started playing music, but the speakers continued to play.  I let the speakers run at the same time while simultaneously listening through my phone headphones.  The songs were different, implying that they were two separate streams.  I then used the Google "Home" app to force-quit the speakers' stream.

Let me know if I can further assist your engineering team to find the cause of the issue and I will be glad to test-run various scenarios.

I have been relentlessly struggling to get Pandora (p) to work on chromecast audio (ca) for close to a year now. I've probably spent 20 or hours messing with this. I love P but without ca it's useless to me. I have followed all the recommended fixes and a couple times it worked for a few hours then reverted. I suspect google is blocking p somehow, they are promoting youtube music pretty hard. my moto e5 will connect to ca but p freezes and it's over. I've tried everything. I was a paid subscriber but had to drop it. PLEASE FIX THIS!

BTW p works seamlessly on my PC and Chromebook

As long as i don't use the app that is, only the p web page works, the app does not

@tiiimb I moved your post over to this existing thread: Chromecast - Casting to TV freezes on Pandora splash screen

Are you connected to Wi-Fi or cellular data when this is happening? wifi

Thanks for sharing those details, @tiiimb.

I've added your feedback to the ticket we currently have open with the engineers who are looking into this.

Thanks for your patience in the meantime as they work to find a fix. 🛠

I dredged up my old samsung s3 (my favorite phone ever) and the pandora version 8.7.1 on it seems to work with ca just fine. But I'd rather not carry around 2 phones, so please FIX THIS!

However, the app on my s3 closes and the music keeps playing - essentially google takes over control of the app, is how I interpret this. I understand that this way the phone doesn't have to eat battery continuing to stream over wifi but it does make it hard to control, such as if I want to skip a song, pause, etc. I am amble to go through the google home app and get some control over pandora there. Pretty gummed-up software! I wonder, are other music streaming apps this clunky and frustrating? Nobody else has the radio station / shuffle chops or I would be long gone! Love ya and hate ya P!

I see that everyone else is having the same problem I am with Pandora freezing up on the intro screen with chromecast and never working. This has been going on for months and Pandora has done nothing about it. Pandora was one of the few things I still had faith in and this past year they have just gone completely downhill :(... I guess I'll be trying out some new music apps and if they work better then I'm canceling the subscription I've had with pandora for the past many years. So disappointed 😞

That is what is sad about Pandora. I am of the opinion it is intentional. Pandora stopped supporting 3rd party streaming servers and I believe Google Chromecast was among the affected devices.  Why Pandora does not let its customer base know about this is beyond me. Pandora keeps asking customers to "Make sure their devices are connected to the same network...." as though that is the issue. The issue is, Pandora like many other digital content providers are reigning in on 3rd party streaming services in a bid to control digital content and access to that content I'm trying to Chromecast with the pandora app but I can't. I try a factory reset on my phone and devices I'm trying to connect, I also tried different phones but none worked. I made a fresh account which managed to work so that's how I keep to the conclusion that there is a problem with my account.

Any help with a possible fix would be appreciated.

It sounds like you do see the casting option, however, it doesn't connect to your Chromecast successfully. Sorry for any inconvenience this has caused.

I’ve enabled a trace on your account to help us better understand what’s happening. For this trace to be useful, we’ll need you to run through our troubleshooting steps once more.

I have done all the tips but nothing works only other accounts but mine works even on a different phone and Chromecast devices. I attach 2 pictures of what happens when I connect with my account. 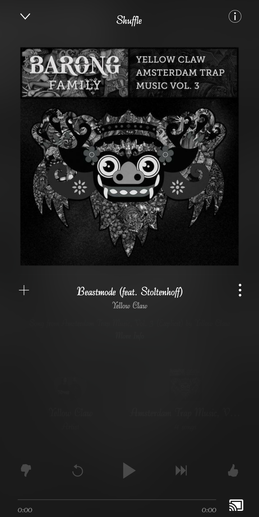 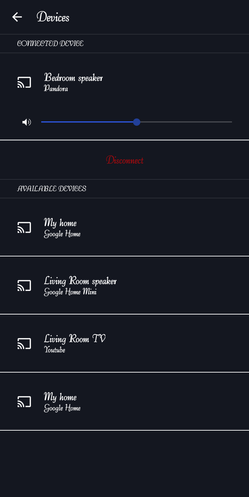 Thanks so much for sending over those screenshots, @kidatech.