I have passed your suggestions along to our curation team for further review.

I have had a lot of difficulty (and eventually gave up) trying to create a Klezmer station...
After down-voting about 100+ songs I realized it's just not happening.

Additional Notes: A traditional (acoustic) Arabic/Middle-Eastern station would also be great.
A big issue with world music on Pandora is that the mood is constantly interrupted. Perhaps they can add a setting where you can activate an "Acoustic-Only" mode. I would love that. Can you guys add back in the song in love with a stripper remix? (Named I'm N Luv (Wit A Stripper 2 - Tha Remix on Youtube)

I have passed your request along to our curation team for further review, @EmperorJJ1.

Thanks for your suggestion! Can Pandora add psychedelic therapy playlists to their library? Oxford University/ Mendel Kaelen, Johns Hopkins, MAPS... have playlists to assist in therapy sessions for depression, and PTSD, among other issues. They are all located on Spotify and that is the only reason I have my premium subscription with Spotify instead of far-superior Pandora. If Pandora could include access to this music I and others would drop Spotify in a blink. There is great, and increasing, demand for this music in therapy, and our only option is to settle elsewhere. Please consider adding these serious and beneficial playlists to your library. Thanks!

Hey all. I know Pandora is playing catchup on adding content to compete with other services. And they do a good job with mainstream content. Given that there's so much much music to keep up with in the world, how do we let Pandora know if artists are getting popular and that negotiations should be in the works for adding such artists.

For example, I've been recently introduced to Golden Salt and I think they are pretty amazing. They are on iTunes, Spotify, Amazon, Youtube Music, Sound Cloud, and, even though not listed on Golden Salt's webpage, they are also on Deezer. Just not here on Pandora. 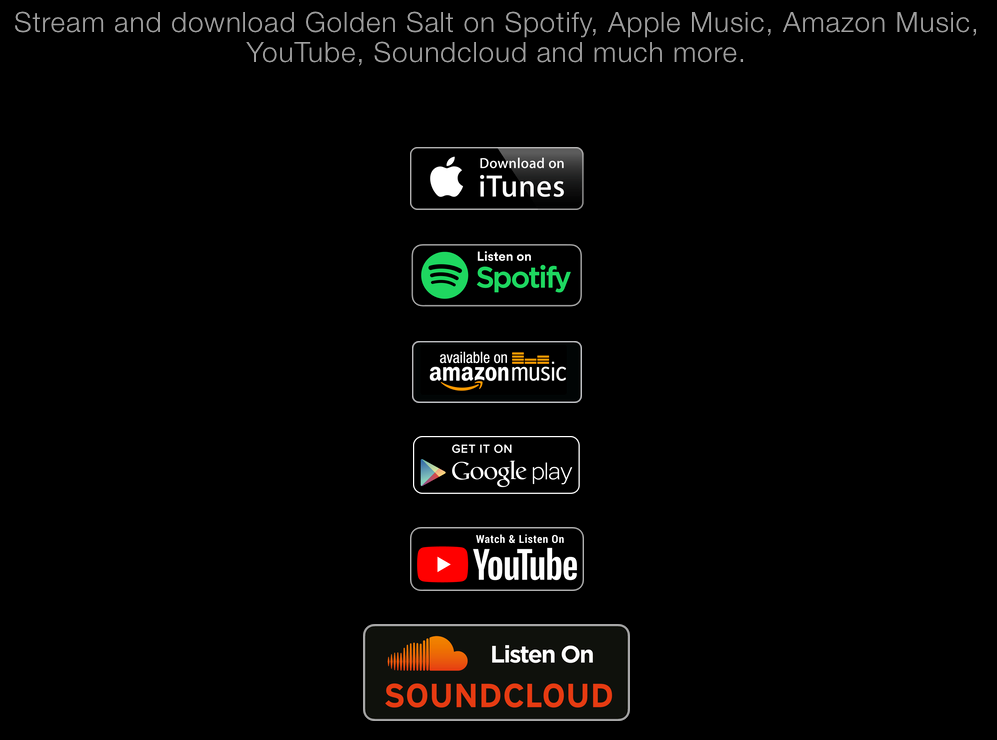 @Jodabu1 I moved your post over to this thread: Music Suggestions

This is the best place to provide any suggestions on artists or songs you are unable to find in our catalog.

I've gone ahead and passed your feedback regarding Golden Salt to our curation team for further review.

I would like No Baila by Ondreas Lopez on Pandora 🥺

It’s available on all other music platforms but I am a die-hard pandora follower and just would love this song to be available to me. Thank you!!

@emmerg46 Thanks for your suggestion - I have passed your feedback along to our curation team for further review. 🎶 Can you guys add carol of the bells by captal kings? Preferably with a holiday tag

@EmperorJJ1 I've passed your suggestion along to our curation team for further review.

Why isnt the Presidents of the United States of America's second album not available at all on pandora? Not one song from that album is available and it has always been my favorite.

@ChaBrains I moved your post over to this existing thread: Music Suggestions

What is the name of their second album?

I have a few specific suggestions please! You have all these artists already but are missing these songs/albums.

That’s it for now please haha Thank you!!

Thanks for your suggestions, @S_foxx!

I'll make sure to pass these along to the folks who take care of our collection.

Thanks so much! Looking forward to the additions!