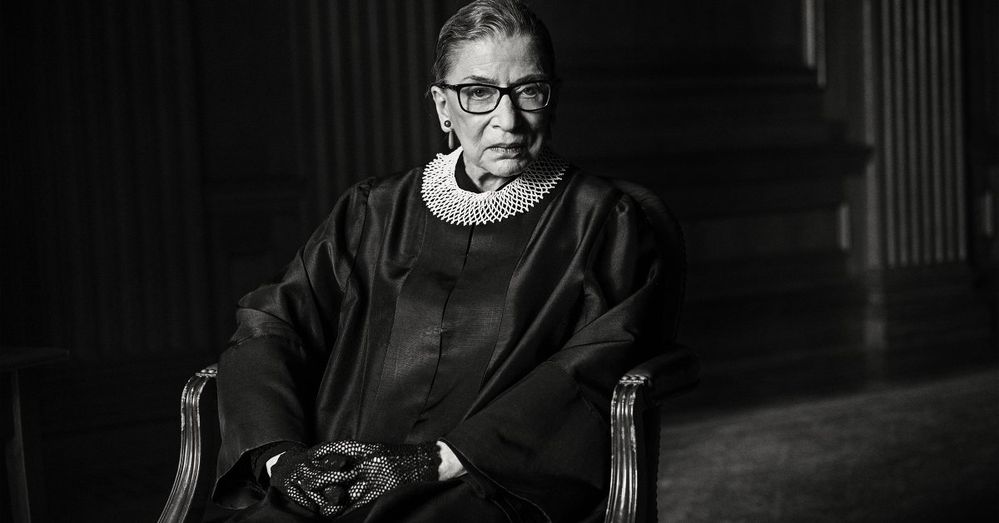 Justice Ruth Bader Ginsburg, the demure firebrand who in her 80s became a legal, cultural and feminist icon, died Friday. The Supreme Court announced her death, saying the cause was complications from metastatic cancer of the pancreas.

The court, in a statement, said Ginsburg died at her home in Washington, D.C., surrounded by family. She was 87.

"Our nation has lost a justice of historic stature," Chief Justice John Roberts said. "We at the Supreme Court have lost a cherished colleague. Today we mourn but with confidence, that future generations will remember Ruth Bader Ginsburg as we knew her, a tireless and resolute champion of justice."

In this special edition of Pandora Stories, Supreme Court Justice Ruth Bader Ginsburg sits down for a conversation with Julie James, Program Director of Met Opera Radio on SiriusXM, to discuss her lifelong love and passion for opera. The Justice — whose dedication to social justice has transcended the courtroom to the silver screen and inspired millions — reflects on stand-out memories of great performances, some of her favorite pieces and why this particular genre has resonated so deeply with her. "I tend to be consumed by my work ... I’m thinking about it when I go to sleep," she says. "But when I go to the opera, I leave all the briefs on the shelf and just enjoy the great performances."

Such an inspiring human. An icon. ❤️

Pandora nice tribute, well done. I also agree, it is such huge loss for this Nation. I hope the next U.S Supreme Court Justice will do this Nation a great service as she did. Thanks again Pandora. Take care and stay safe.

Justice Ginsberg advocated for gender equality. Nice of you to celebrate her contributions. Maybe Pandora could go a little further than recognizing others' contributions. Pandora, with its reach and influence has potential to change the world, even if just a little. But maybe a lot.

I'll share my experience from today to explain what I mean.  I noticed something while listening to Pandora while I worked today.

Later in the day I wanted to mix it up a bit.

It 's been playing for hours and not one female artist so far on Bob Schneider's station. Not one female singer  . . . unless you count back up singers who aren't usually credited as the songwriter. I did not expect that and find it disappointing. Maybe you need more female programmers writing your code as it seems like bias (likely inadvertently) is built into your algorithm. I would expect that the artists collect some form of credit for each stream on Pandora, although I confess I do not know the details of your business model. But far more males were streamed through my Google mini than females. I suspect this is a largely a problem of a shortage of female programmers and less of a shortage of female songwriters. I really can't say for sure, but gender equality has a long way to go and it's stunning that AI in the 21st century is so obviously biased toward showcasing male musicians.

Thank you for listening. Best of luck driving diversity in your team. So much is possible if it is made to be intentional.