Stevie Nicks is best known for her work with Fleetwood Mac, but as a solo artist she carved out an incredible path, all her own. Her 2019 induction to the Rock & Roll Hall Of Fame makes her the very first woman to be inducted twice. She joined Fleetwood Mac back in 1975 and helped the band land a string of hit songs, many of which were fueled by her publicized relationship with Lindsey Buckingham. Subsequently, Fleetwood Mac's Rumours has become the fifth biggest selling studio album of all time. Nicks began her solo career in 1981 while still a member of Fleetwood Mac. This playlist celebrates her solo recordings as well as the roots that brought Nicks into her own. 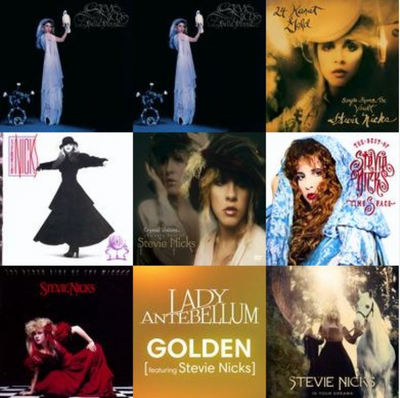 Pandora  "Talk To Me"....no not you..I mean I added the song to my own playlist...Hahahah...I just had to. It was just the right title and the right moment. Take care and stay safe.