Inspired by a 2017 documentary, Native American Rock explores the Native American musicians who helped shape contemporary rock music. Did you know that Jimi Hendrix was part Cherokee? Or that Link Wray was a musician of Shawnee ancestry? This playlist also digs under the hood of recordings from other influential musicians like John Lennon, Taj Mahal and Jackson Browne to spotlight the late, great, Native American guitarist Jesse Ed Davis, a stellar session musician who also recorded some awesome solo albums. 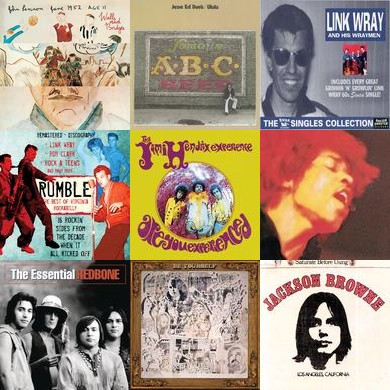 SHOUT OUT for including Buffy St Marie and A Tribe Called Red therein.

This is a great list. TIL about Link Wray.