To say that The Pretty Things were one of the most influential garage rock or psych bands would be a disservice to their legacy. The legendary British rock group influenced everyone from David Bowie and The Rolling Stones (founding member Dick Taylor played bass in the Sones before Bill Wyman) to Jack White and Tame Impala. Their following was much more than a cult following - sure, they were a band's band - but they also inadvertently served as a reminder that some of the best bands (The Velvet Underground, Big Star, The Small Faces, etc.) never became over-the-top sensations like The Beatles and The Rolling Stones. But when mentioning The Beatles' Sgt. Pepper's Lonely Hearts Club Band or the Stones' Their Satanic Majesties Request, you should also mention The Pretty Things' S.F. Sorrow, because it is every bit as much a psychedelic masterpiece. This playlist serves as a primer to The Pretty Things' prolific output and a career that spanned nearly seven decades (R.I.P. Phil May). 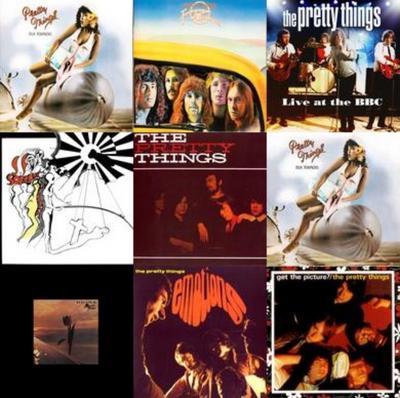