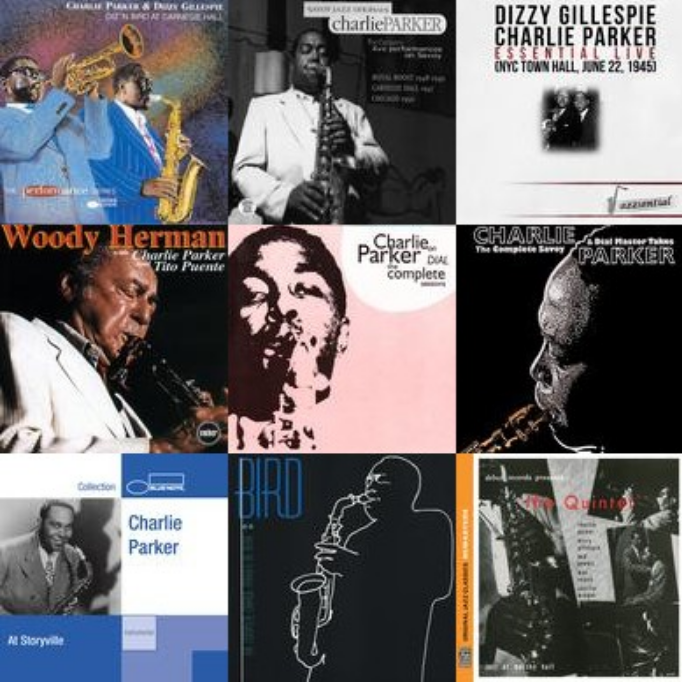 If I had to pick one musician who is both the best and the most neglected at the same time, it would have to be Charlie Parker, nicknamed "The Bird." During his brief recording career from 1945 to 1955, Bird defined the sound of the Jazz Alto Saxophone. He was the most prominent leader of the musical revolution that transformed Swing Jazz into Bebop, adding complexity and sophistication as well as audacity and flash. Like all of the Jazz greats, he improvised new music on the spot every time he played, but he played faster and more complex solos than any horn player before him had ever attempted. He was the first shredder.
Bird was also a cultural rebel, talking and dressing his own way. He was idolized by beat poets, civil rights activists, and early hippies after his death. Every hipster had a collection of his records, and there's a good argument that every Jazz, Blues, R&B, and Rock musician for the next 25 years was more influenced by him than anyone else. For example, he discovered a young Miles Davis before anyone else, and took Miles under his wing as sideman and protege. Bird was also a fascinating person, and not always in a good way. He had a star persona and flamboyant lifestyle, but he was prone to heroin and alchohol abuse, and he could be a bully. He partied himself to death by 35, leaving a generation of musicians to mourn how great his music was while trying to reconcile how difficult a person he could be.
Bird's music lends itself well to playlists, where we can assemble his best tracks from the different record labels who don't like to mix. He recorded in the days of single-track 78s, so there were no albums to organize his music into programs. When long-playing records (LPs) were invented, Bird's recordings were re-issued, usually organized by session. His playing was so consistently brilliant, and his fans were so hungry for every scrap of available music he created, that all of his out-takes and incomplete fragments were included in these albums.
Despite all this brilliance and influence, Bird today does not even crack the top 100 most popular Jazz musicians on Pandora. I'm hoping to put a dent in that sad state of affairs with these playlists. These are not museum pieces, but are as fresh and vital today as when they were first recorded. For those of you who are new to Jazz music, these will definitely take some getting used to, but if you give them a chance there are astounding moments in each of these recordings. For newbies, I'd recommend starting with the 17 tracks in the Top Bird playlist, which include his most brilliant and famous work. For you Jazz experts who want to listen to Charlie Parker all day, dive into Deep Bird, which has all of his best recordings that are available for on-demand streaming in recording session order. Bird put out a lot of great music - there are over 200 tracks. As with all my "Deep" playlists, I usually shuffle tracks.