I have passed your feedback along to our curation team for further review.

Might want to send this along, too: the band playing is not the same band as referenced in the bio. 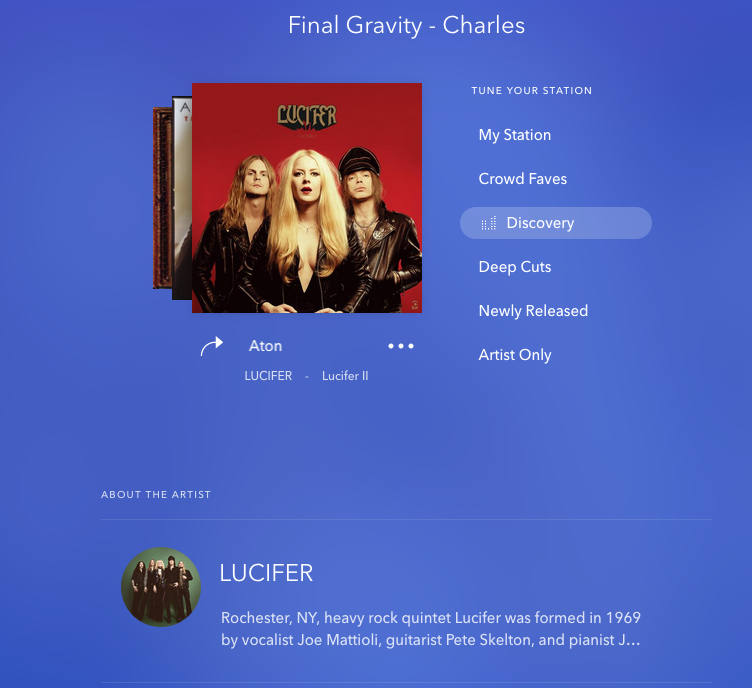 The band referenced in the bio: https://www.allmusic.com/artist/lucifer-mn0001878341

I have sent this information to our curation team as well, @charlzm.

Thanks for your help with these as always!

Here's another one for the curation brains:

This song is a newly-released hard rock tune but the profile links to what appears to be a vocals group from 60 years ago.  Not the same "The Innocents". 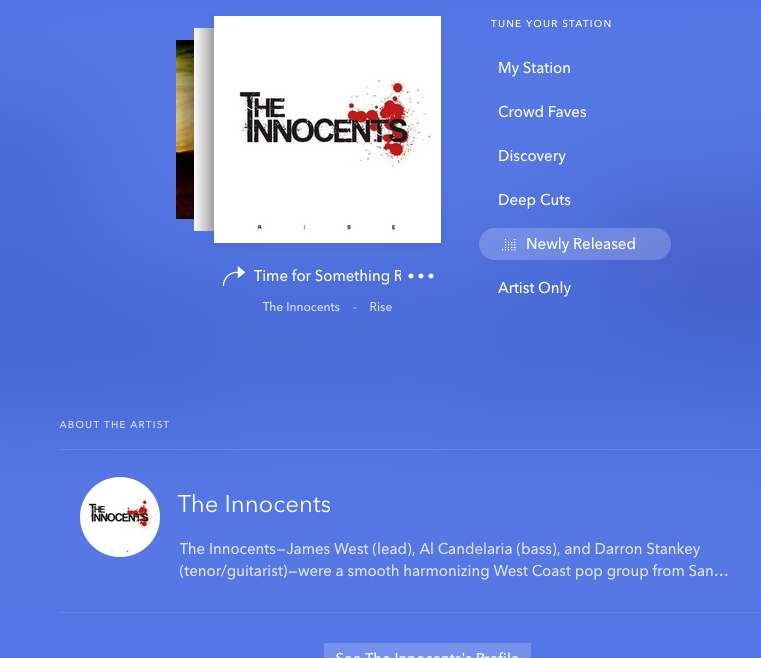 I'll make sure to pass your feedback along to our curation team.

Hey there!  This is some kind of metal/djent band that is mislabeled as hip-hop.

Thanks for reporting this, @charlzm.

I've let our curation team know so they can further investigate. 🔎

@theoriginal15 Thanks for calling this out, I've confirmed that this has been resolved here.

Benny has been doing great things this year, so glad it's easy to find that Tana Talk 3 masterpiece. 😎Thanks for pointing this out!

the artist "Mello" has two different people with different albums/songs but they're merged together. several songs and multiple albums.

Thanks for reporting this, @poedaniel. 🤝

I've made sure to pass your feedback along to our curation team for further review.

Curation team must be swamped since this same error happened again today, 77 days later, with the same artist. There's an artist labeled as AOA (Korea) that is actually a Chinese duo, not the famous K-Pop group - The song that's playing under them is Kun Shou Dou. The song pops up on Korean playlists. The album cover is correct, but the genre/language is tagged incorrectly.

Thanks for reporting this, @Montug.

I'll make sure to pass your feedback along to our curation team so they can further investigate.

Hey I found this same conundrum on the Australian band Voyager while adding a recent single--they appear to have at least three counterparts; an English band from the 70s, a 90s band, and a couple of somethings of the 00s that I'm not really certain what they are named. The fourth artist is not Voyager, but someone else entirely whose album title has Voyager in it. It's Sergio Pommerening. Totally different!

It's a popular name, to be sure, but the styles are decidedly different: progressive metal, 70s uh pop? 90s grunge? Jungle/mix, easy elevator music?

Thanks for all you do!

@txilar I will have someone from our curation team help look into this.

Thank you for reporting! Rotten Apple is two different bands with the albums mixed.

Thanks for reporting this, @jason5. 🤝

I have escalated your feedback to our curation team for further review.

Hello! I found an issue with a mislabeled album as well

This Album is by a traditional-style band called Celtic Thunder that started in the 70's or so. It's being attributed to the modern Celtic Thunder group, which is in no way related. This has been labeled incorrectly on Amazon too, believe it or not, but they are not the same group at all.

Thanks for letting us know about this one as well, @caldella. 🤝

I will be passing your report over to our curation team so they can further investigate.

There are albums listed for the English folk duo "The Rails" which are from an different band also called "The Rails". The English duo released their debut album in 2014. The albums from the other band were released before then. Also there is a single listed from 2018 named "Colllision" which seems to be from a band called "Rails".