@Rfuller2256 @4mc @Kittycoonundrum Thank you all for reporting this issues.

I've passed your feedback along to the team who takes care of the collection so they can look into this further. Not sure where to report this.  Tried adding punk band S.O.D. to my playlist.  Kept taking me to some Latin sounding hip hop band with the same name.  Under that band was the punk band's music.  Funny and confusing. @AdamPandora I know I'm late to the conversation here.  You have told  other users that you have forwarded the info to "the people who take care of the collection."  Can users like me report these issues directly or is the Pandora Community the best place?

I found the band "Brotherly" has at least on album listed from a different artist with the same name.  One band is a jazz soul funk band and the other sounds like contemporary christian rock.

Here is another streaming service that lists two separate artists:
: 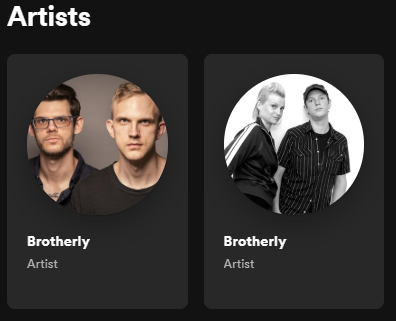 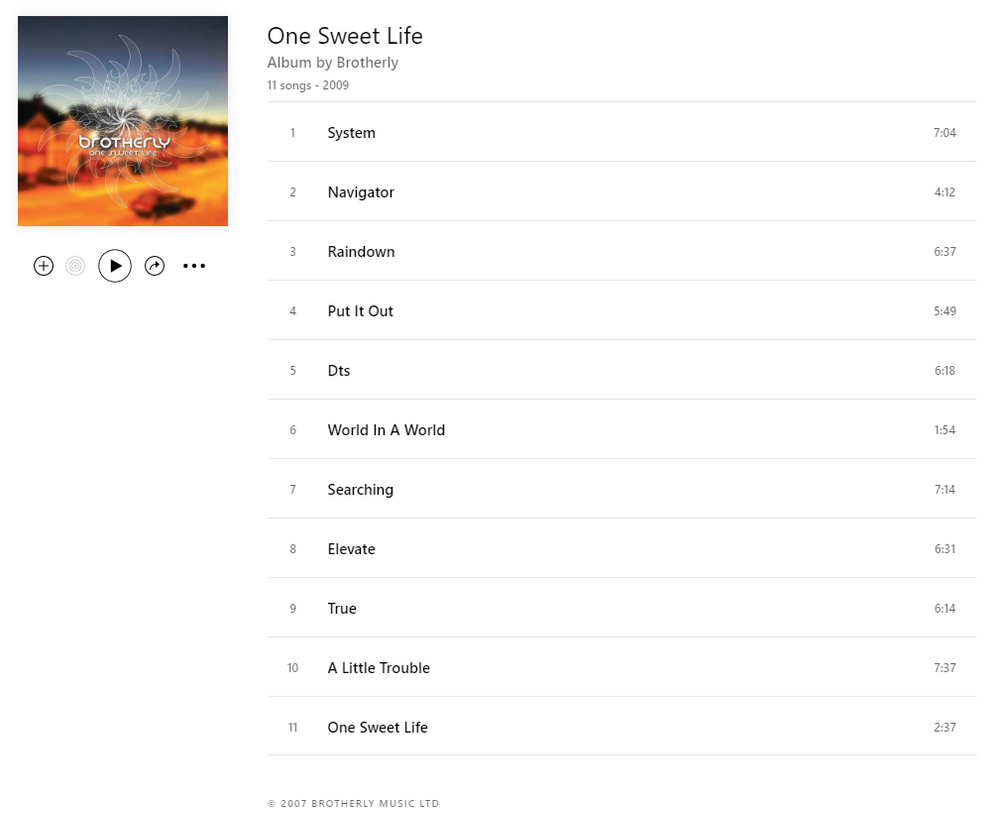 The album "Left Coast Blues" is being attributed to the wrong "The Insomniacs" artist.

It needs to be attributed to "The Insomniacs (Blues)"
https://www.pandora.com/artist/the-insomniacs-blues/AR3pmfprh6vP27g

Please and thank you.

@KCdaGuy While there isn't a way for you to currently report these library errors on your end through the website or app, I recommend giving this existing feature request a ❤️to express your interest in getting it added to the service as well.

In the meantime, I have forwarded your report, along with the reports from @dover and @mikebeverl, to the team who takes care of our collection so they can investigate.

Hope we continue to see you three around the community! 👋🏽

There is a new album for "Fever" that is showing up under the "Fever 333". Is there any way that it can be moved to the correct artist?

I've got a similar error with the band TikTak. Another band or album with the same name (example: https://www.pandora.com/artist/tiktak/vazgecme/vazgecme/TRXkPwhc3z972gc?part=ug-desktop&corr=4879934... is showing up there as well.

@VictorTyne Thank you for reporting this!

I'll make sure your feedback gets passed along to the correct team.

@alexzack94 I moved your post to this thread since you are seeing a similar type of library issue.

I'll make sure to pass your feedback along to the team who takes care of our collection.

How do you submit a needed correction or modification? I recently had two bands come up with the same name as bands on my playlist but they are NOT the same band or even genre. It happened with the rock bands Hurricane and Lynch Mob. Apparently there are other bands using these names. I took screen shots but there doesn't seem to be a way to upload. I can't find an email to contact support.

The songs that came up under the Lynch Mob name were Devil's Lettuce & Cartel.

The song for that came up under the Hurricane name was Hier bei uns.

This is on my 80's metal playlist and these songs are not 80's metal. Is there some way the system can separate these bands as being different entities? I don't want to "thumb down" and lose the real Lynch Mob and Hurricane from my playlist.

@cherylstone_sc I moved your post to this thread since you are experiencing a similar issue.

While there isn't a way for you to currently report these library errors on your end through the website or app, I recommend giving this existing feature request a ❤️to express your interest in getting it added to the service as well.

In the meantime, I went ahead and forwarded your feedback over to the team who helps take care of our collection so they can look into this.

Thanks for being a part of the community!

Pandora has their Cobis mixed up. This album is by a different Cobi, not the one at the bottom of the page. Another one of this Cobi's songs played earlier and I thought the Cobi I seeded my station with took an acid trip or something 🤣 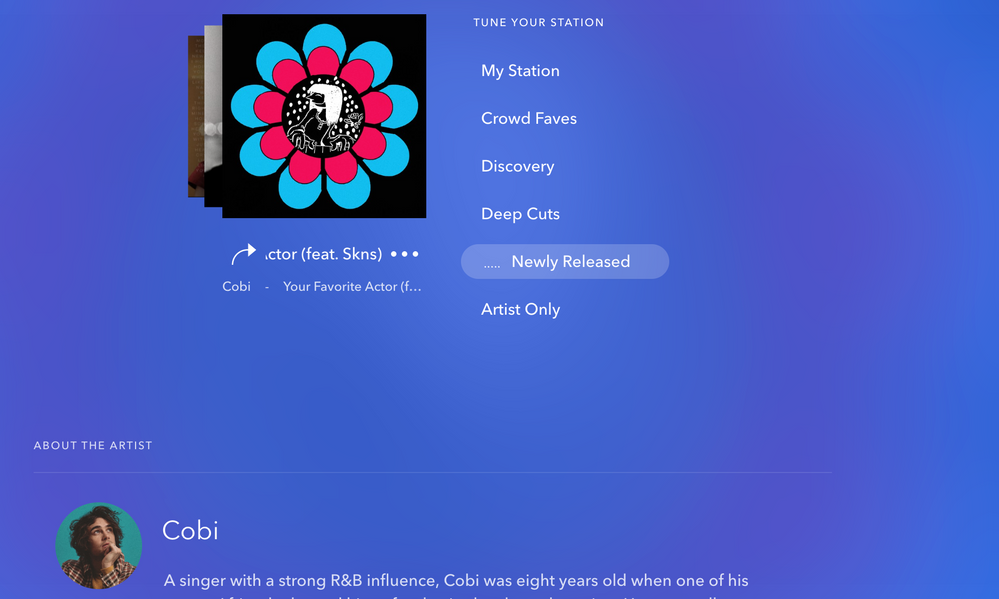 It just happened again with another Cobi! 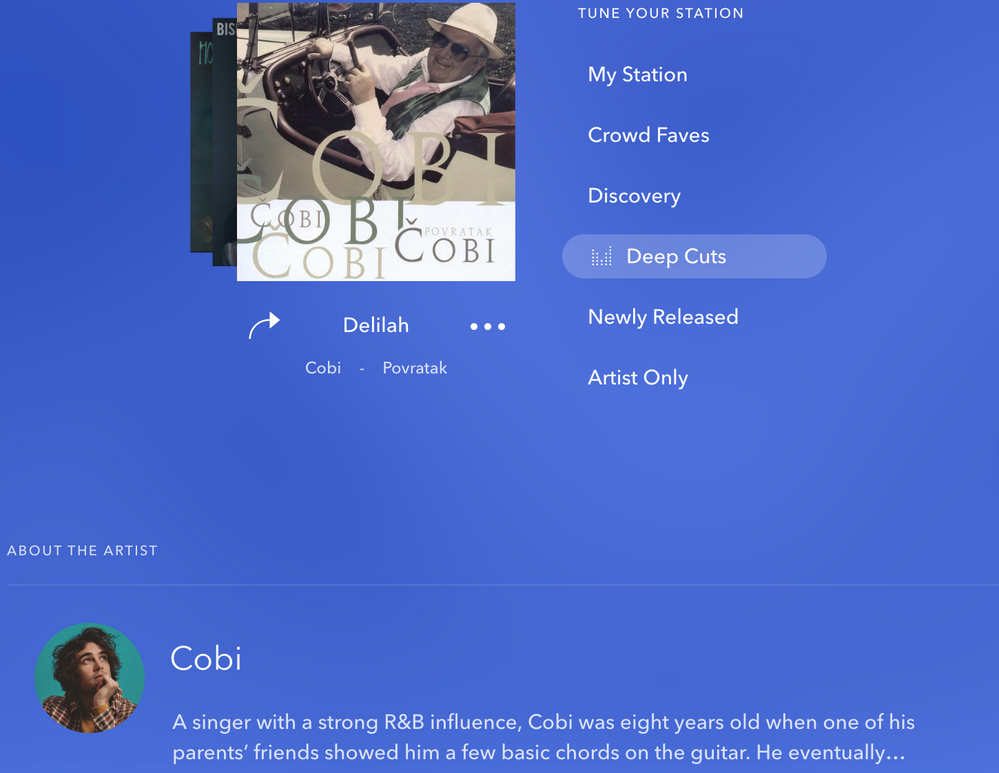 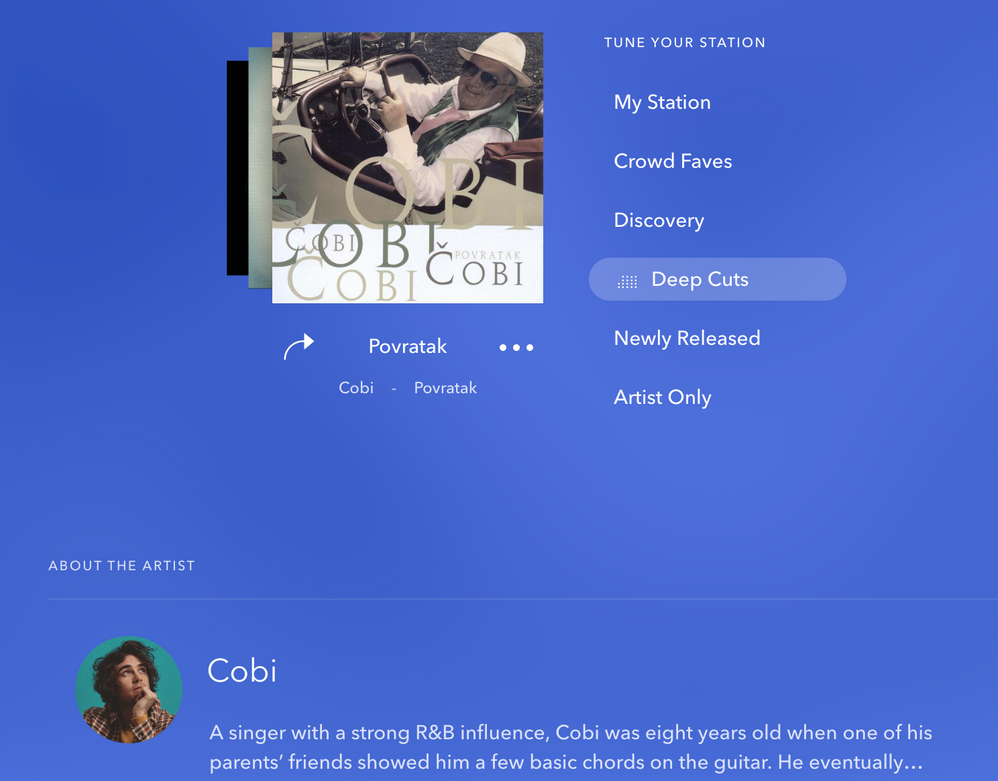 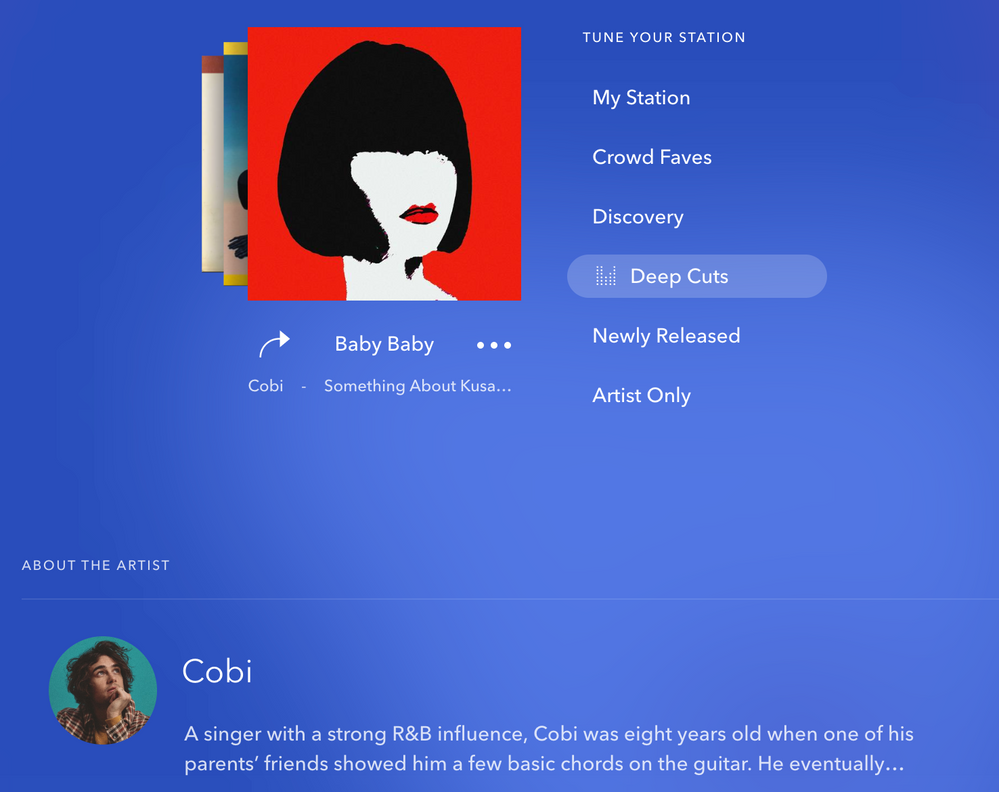 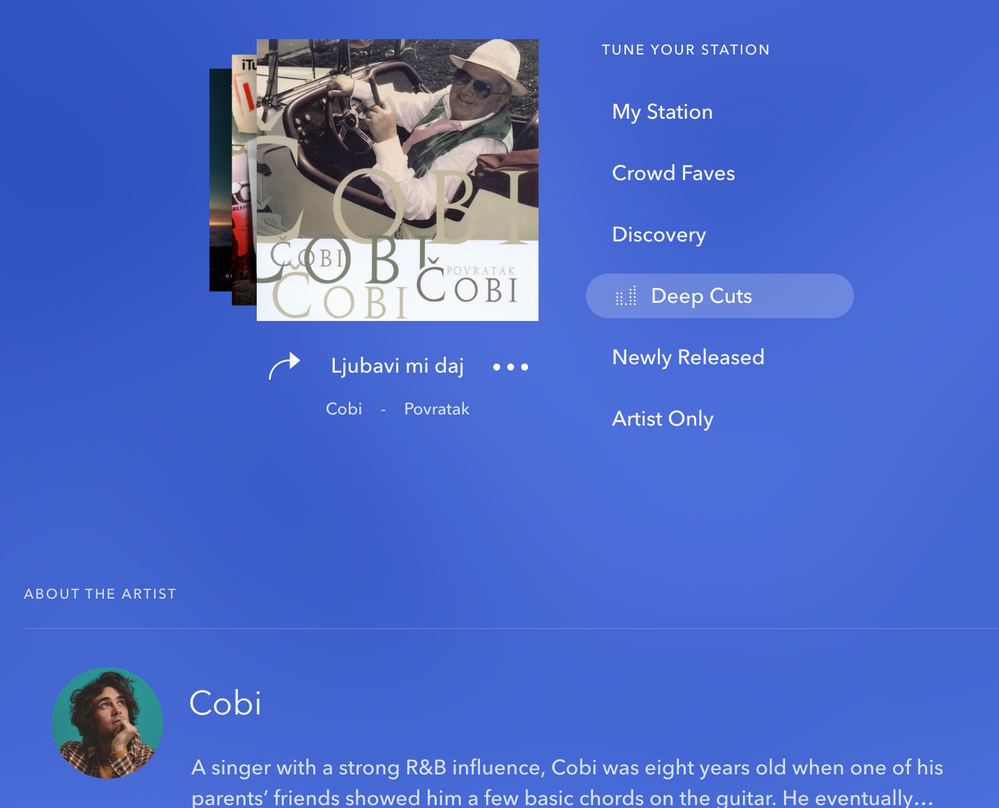 Anyone else notice that the collection for Jeremy Jordan combines two different artists? The Broadway singer and a 90's pop singer?

@alyson Thank you for reporting this - I've escalated it over to the team who takes care of our collection so they can take a closer look.

@RhinovirusV Thank you for letting us know about this - I've escalated your report so that the folks who take care of our collection can investigate.

Matanza is a Brazilian rock band from a label called Deckdisc and also an indie band (as far as I could figured out) from a label called Nomade Records from Chile.
Then as the system mixed them up, I keep getting the Chilean bands' songs into my playlists that has the Brazilian band in.
And I could not find a way to let Pandora know - AND FIX - the issue!