Rampage of Flip Mode Squad fame has an album on his artist page from an altogether different Rampage. The artist photo is also incorrect.

I was irrationally excited for a new Rampage album, only to find a pretty terrible imposter in his place.

@wellaimed I moved your post to this thread since you have similar feedback.

I will escalate this over to our curation team so they can take a closer look.

@hotassfame Thank you for letting us know about this - I will pass your feedback along to our curation team so they can further investigate. 🔎

I have Platypus seeded on my Dream Theater station. The description of Platypus as a "Supergroup," is correct. However, all the albums listed say Platypus, but none of them are actually the Supergroup band Platypus. The albums listed are from some other band that I have no interest in. Also, the Supergroup "OSI" has albums that might say OSI, but some are from a rapper from some foreign country. I would like it if OSI could have its music sorted by artist, rather than using OSI to cover 2 artists.

The Supergroup Platypus made the albums "When Pus Comes to Shove," and "Ice Cycles." Neither of these are listed.

@MusicIsForever I have escalated your feedback to our curation team for further review.

This is filed under the profile for Handsome (a post-hardcore band from the 1990s that released one album before breaking up).  This is not the same Handsome. 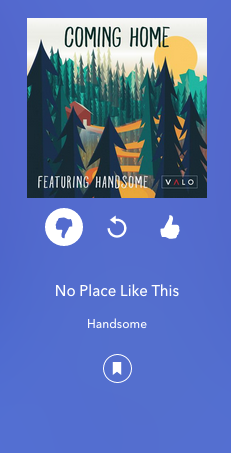 @charlzm Thank you for reporting this.

Our curation team will be looking into this to further investigate. 🔎

R5 - a pop/rock group that has disbanded with albums like Louder, Sometime Last Night, Etc

Their artist listing includes now includes albums from a rapper - also R5 - with explicit content. The app is a little confused as to my music preferences now. Please fix! Thank you 🙂

@TKL Your feedback has been escalated to our curation team so they can further investigate.

The prog/power metal band has the albums 'The Last Sunset', 'Parallel Minds', 'In Your Multitude', 'Flow', 're: conception', 'My Dark Symphony' and 'State of Deception'.

The trance band has 'Imagine the Reality', and maybe more, - hard to find info on them.

To keep the community space organized, I moved your post over to this thread: Music listed under artist with similar name

In the meantime, I've passed this information along to our curation team for further review. Thanks so much for letting us know about this! 🎧

There are multiple artists that share the same name and their discography is linked together. This makes it difficult to cultivate a station when it suddenly plays the incorrect artist.

Example: RINI an rnb singer is also linked to Rini a violinist.

The band Joseph is also linked to an DJ named Joseph that makes techno/edm music.

@jenniphe6 I moved your post to this thread since you have a similar report.

I have escalated your feedback to our curation team so they can look into this further.

So recently I decided to download Pandora to listen to mmmusic, but a problem has risen. The artist and genre I listen to is very very small and when I search up "Pogo" (the name of the artist) it seems that his artist page has been "merged" with another artists. Next to Pogos albums, there is an album (I assume Mexican or Spanish?) That is also displayed that is definitely not what I am looking for. This same issue happened for him on Spotify so I don't know what the deal is.

Here is the link: https://pandora.app.link/XcZm4UcQB7

@Vaughan I merged your post with this thread since you are providing similar feedback.

I have reported this to our curation team so they can further investigate. 🔎 The Stitches (punk) has two rap albums by a different artist The R&B artist Brandy has been associated with a manele artist with the same name.

@Cementshoes77 Thank you for reporting this. 🤝

I have escalated your feedback to our curation team so they can take a look.

@ezajdel I have escalated your feedback over to our curation team for further review.

Thank you for reporting this! 🤝 I’ve never posted here before, so I’m not sure if replying to the OP is the correct way to do this? Apologies if not!

There appears to be two bands with the name “Blah Blah Blah.” One is really good! And the other is... not my taste. All of their albums are meshed together under the same artist page.

One band has only two of their albums listed: Charm and Thank You Thank You (missing This is for the Time).

The rest of the albums are all the other band.