The many voices that come out of the ether on Bruce Springsteen ’s The Rising all seem to have two things in common: the first is that they are writing from the other side, from the day after September 11, 2001, the day when life began anew, more uncertain than ever before. The other commonality that these voices share is the determination that life, however fraught with tragedy and confusion, is precious and should be lived as such. On this reunion with the E Street Band , Bruce Springsteen offers 15 meditations — in grand rock & roll style — on his own way of making sense of the senseless. The band is in fine form, though with Brendan O'Brien’s uncanny production, they play with an urgency and rawness they’ve seldom shown. This may not have been the ideal occasion for a reunion after 15 years, but it’s one they got, and they go for broke. The individual tracks offer various glimpses of loss, confusion, hope, faith, resolve, and a good will that can only be shown by those who have been tested by fire. The music and production is messy, greasy; a lot of the mixes bleed tracks onto one another, giving it a more homemade feel than any previous E Street Band outing. And yes, that’s a very good thing. The set opens with “Lonesome Day,” a midtempo rocker with country-ish roots. Springsteen ’s protagonist admits to his or her shortcomings in caring for the now-absent beloved. But despite the grief and emptiness, there is a wisdom that emerges in questioning what remains: “Better ask questions before you shoot/Deceit and betrayal’s bitter fruit/It’s hard to swallow come time to pay/That taste on your tongue don’t easily slip away/Let kingdom come/I’m gonna find my way/ Through this lonesome day.” Brendan O'Brien’s hurdy-gurdy cuts through the mix like a ghost, offering a view of an innocent past that has been forever canceled because it never was anyway; the instrument, like the glockenspiels that trim Bruce Springsteen ’s songs, offers not only texture, but a kind of formalist hint that possibilities don’t always lie in the future. Lest anyone mistakenly perceive this recording as a somber evocation of loss and despair, it should also be stated that this is very much an E Street Band recording. Clarence Clemons is everywhere, and the R&B swing and slip of the days of yore is in the house — especially on“Waitin’ for a Sunny Day,” “Countin’ on a Miracle,” “Mary’s Place” (with a full horn section), and the souled-out “Let’s Be Friends (Skin to Skin).” These tracks echo the past with their loose good-time feel, but “echo” is the key word. Brendan O'Brien’s guitar-accented production offers us an E Street Bandcoming out of the ether and stepping in to fill a void. The songs themselves are, without exception, rooted in loss, but flower with the possibility of moving into what comes next, with a hard-won swagger and busted-up grace. They offer balance and a shifting perspective, as well as a depth that is often deceptive. The title track is one of Springsteen’s greatest songs. It is an anthem, but not in the sense you usually reference in regard to his work. This anthem is an invitation to share everything, to accept everything, to move through everything individually and together. Power-chorded guitars and pianos entwine in the choruses with a choir, and Clemons wails on a part with a stinging solo. With The Rising, Springsteen has found a way to be inclusive and instructive without giving up his particular vision as a songwriter, nor his considerable strength as a rock & roll artist. In fact, if anything, The Rising is one of the very best examples in recent history of how popular art can evoke a time period and all of its confusing and often contradictory notions, feelings, and impulses. There are tales of great suffering in The Rising to be sure, but there is joy, hope, and possibility, too. Above all, there is a celebration and reverence for everyday life. And if we need anything from rock & roll, it’s that. It would be unfair to lay on Bruce Springsteen the responsibility of guiding people through the aftermath of a tragedy and getting on with the business of living, but rock & roll as impure, messy, and edifying as this helps. ~ Thom Jurek 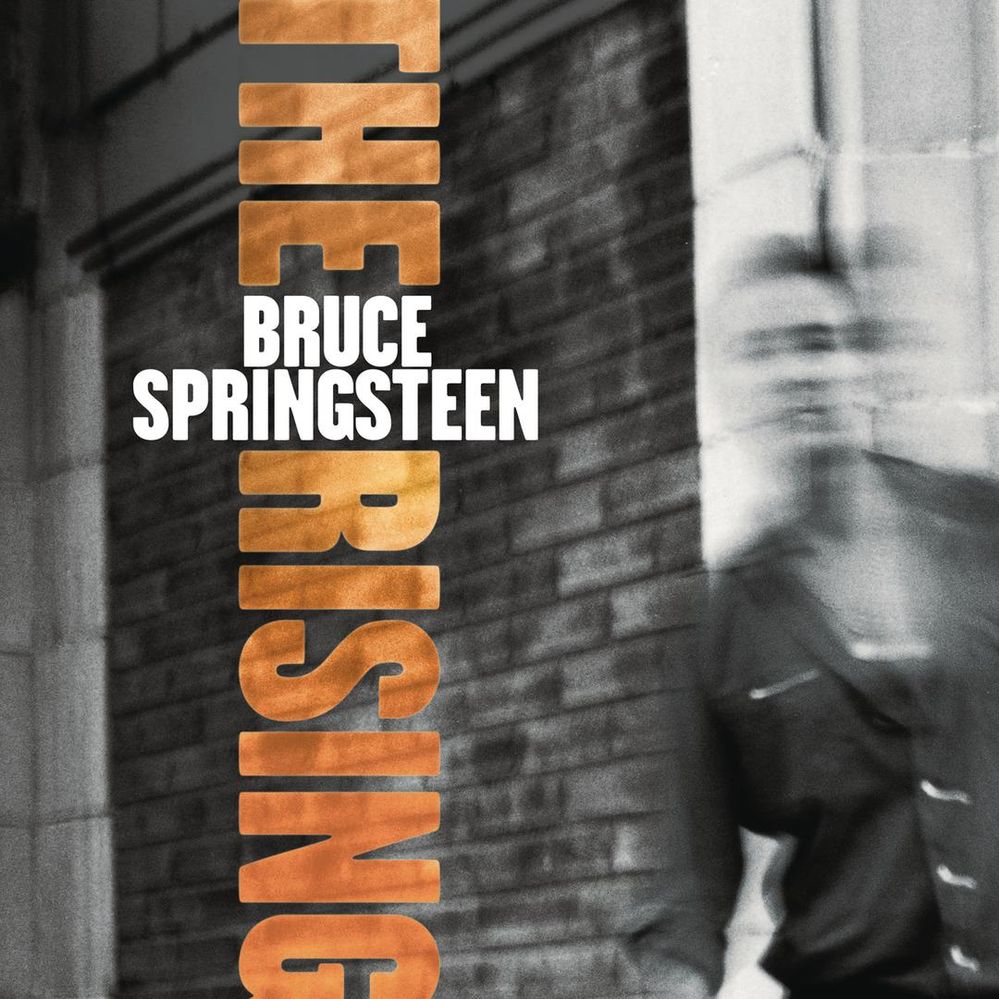 Thanks for sharing Pandora. Take care and stay safe.

Thank YOU for sharing, @mohempstead! Thanks for being a key contributor to our community! People like you make this a great place to visit.

Pandora believe me when I say, the pleasure is truly mine. Pandora music, as well as the Moderator's , and just the Community itself is a pleasure to be a part of. When I mention Moderator's, it is Alyssa, Tanner, Adam, as well as Erick Pandora. Take care and stay safe.

P.S I thank you so much for your kind words. Thank you. As someone who lives in view of the Twin Towers, this album was the beginning of the healing I needed after 9/11. I still get chills listening to My City In Ruins.

I saw him at the Meadowlands on the Rising tour and even though it was pouring rain through most of the show, by all accounts it was one of the best performances he's ever given. Rather than dwelling on the pain, the show turned into a celebration of being alive.

Thank you Bruce and thank you moderator for sharing this!

@ktorster Thanks so much for sharing that! 9/11 impacted so many, it was heartbreaking. 💔

It's nice to hear that music helped with healing, sending you positive vibes as you continue on your journey. Let's keep the celebration going.

@mohempstead also posted a tribute to his great friend who was there on 9/11. If you're interested, you can view his post here.

Happy to have you as a member of the Pandora Community.