Florence Beatrice Price was the first African-American woman to have her music performed by a major symphony orchestra when the Chicago Symphony Orchestra premiered her Symphony No. 1 in E minor in 1933. Born in Little Rock, Arkansas, Price lived and worked in Chicago, Atlanta and Little Rock. She was widely unknown in the years after her death in 1953 until the discovery of dozens of scores in an Illinois attic in 2009 which led to renewed interest in her music. Listening to Price's music, you'll hear a combination of rich and romantic symphonic idiom with the melodic intimacy of folk songs and emotional intensity of African-American spirituals. 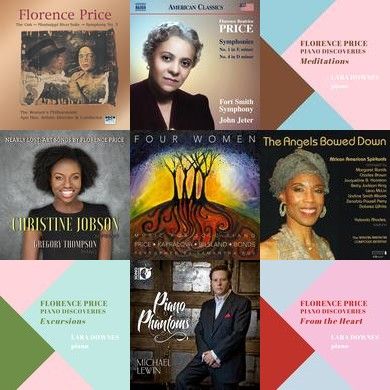 I fell in love with Florence Price's music making this playlist. I hope you enjoy it! I think you might 🙂