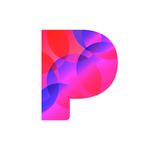 Release notes let you know what's changed in the Pandora App, whether it is a new feature, updating an existing one, or squashing a bug.

Our release schedule varies based on what is being worked on. Generally, a new release is published each month.

To update the Pandora app on your iOS device on iOS 13 or newer:

If you're running a version older than iOS 13 on your device:

Tip: If no update is available, it will say Open to the right of the Pandora icon.

*Keep in mind, previous updates are not available for download.

Includes a fix for some users that reported not all playlists would appear when adding songs to a playlist.

Includes a fix for some users that reported they were unable to play the first song on albums.