When using CarPlay (hardwired), the Pandora control on the head unit is quite buggy:  only shows album art for the first song, then just the music note, if I switch to any other source, answer a call, etc, it crashes and just shows ‘connecting’ or ‘ready’.  Sometime the music is playing and sometimes it isn’t. Opening the Pandora app on the phone versus operating in background makes no difference.  Sometime unplugging and replugging phone helps, sometimes not.  Usually is ok after car is off for a while (like if go in to work), but not after just cycling power and trying again.

If I use Pandora through the hardwired iPod source it works great, but all features are not present (thumbs up and down, etc).  Bluetooth connection also works well.

No issue with any other app through CarPlay, including navigation, so I don’t believe it’s a connectivity issue (I have an adapter between car harness and head unit, so can use factory USB port, so;  lighting cord, factory harness, adapter, head unit).

I have a pioneer NEX and an iPhone 10.  Both are running the latest software versions.  I have uninstalled and reinstalled the Pandora app (which seems to be the only suggestion that guy with the dog offers - lol).

Anybody have similar issues and know fix?

Hey @ScottC! Thanks for posting. 👋🏻

It's me, the guy with the dog, but you can call me @TannerPandora.

I’ve enabled a trace on your account to help us better understand what’s happening. We'll need to you to use Pandora in your car as you normally would.

Can you please share some photos of what you're seeing when this happens. You can attach the photos in this thread.

Can you also include the following:

Thanks for the help. I'll see what I can find out. 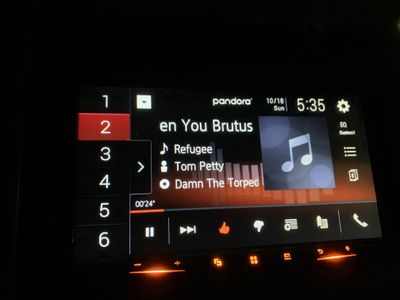 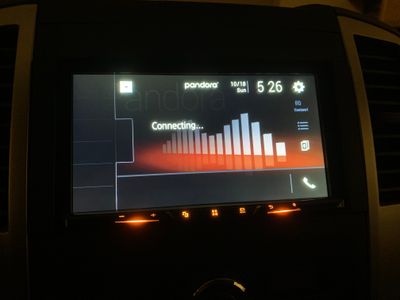 Good morning.  I listened yesterday on CarPlay after you posted the above.  I also listen typically every morning and afternoon on the way to and from work and most weekends.

Information requested follows - I look forward to the positive results of your efforts!

I can’t seem to edit the text in the above...

When I start playing Pandora using the Pandora source on the head-unit, it initially operates correctly and shows album art.  As soon as it goes to the second song, however, I get the music note instead of album art.  Using both the iPod source or Bluetooth, the art shows, so it’s clearly not a connectivity issue.

If I switch sources, I get either ‘connecting’, no music (typically) or ‘ready’, no music.  If showing ‘connecting’, no music and I hit play on the iPhone itself, I get music, but it still shows ‘connecting’.  Nothing I do changes that unless I physically unplug and plug the phone back in, however this is not 100%.  There have been occasions when the music will not play and the display does not change and nothing I do will restart it, including power-cycling both the head-unit and phone and even shutting the car and restarting (although this should have zero effect that power cycling head-unit didn’t accomplish).  If, however, I go away and come back some time later, it functions as typical again.

Listened to Pandora for about 45 mins this morning using the Pandora source in car.

BTW:  I have another vehicle with Ford sync and except for once or twice, I’ve not had problems with that in a long time (for a few months in 2017, the Sync and IOS versions weren’t playing nicely together) AND it has more features available, such as being able to replay a song and go back to a previous song.  I understand that Sync has been properly integrated to that specific vehicle, versus an aftermarket application - I’m just giving you this information in case it helps.

So what say you, Tanner?

Hey @ScottC, thanks for following up!

So based on the photos, it looks like you're using the integrated PandoraLink app versus Apple CarPlay.

Apple CarPlay is going to have a different look. Using CarPlay, you should see the Pandora 'P' with a white background. 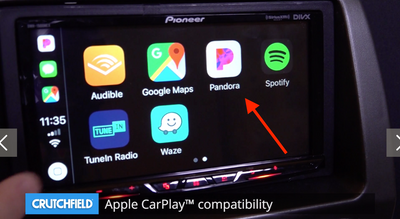 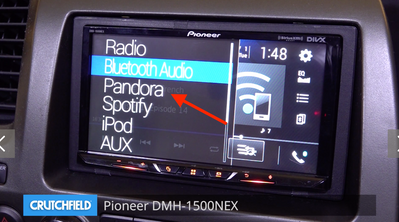 I'd like to have you connect to CarPlay and play Pandora to see if you're still having the same type of connection issues.

If you need help connecting to CarPlay, I found a very helpful video on Pioneer's website here.

Tanner - I am a relatively sophisticated user and am aware of the Pandora button, which I am using.

I am attaching a bunch of pictures where you can see that I’m clearly using CarPlay (the different views on the headunit can be toggled - not changing anything other than that).  HOWEVER, when I hit the Pandora icon and touch my phone, the interface changes from the CarPlay icon with the ‘C’ to one that shows Pandora and Pioneer and once it does that, it won’t change back.  I’ll have to explore the CarPlay headunit onscreen iPhone settings to see if I can change that, but as I recall this is not possible.

Please send me a pic of the screen I SHOULD be seeing when Pandora is interfacing properly through CarPlay.  I assume this will include both track up and DOWN (currently missing), as well as thumbs up and down, etc.

It is a possibility that the Pioneer NEX will not allow CarPlay for Pandora and instead wants to use its native app, which would be unfortunate... 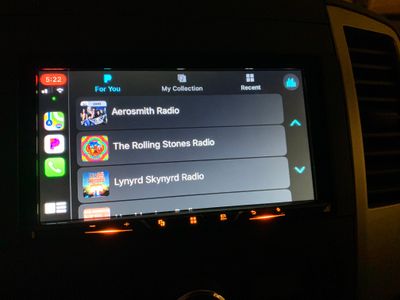 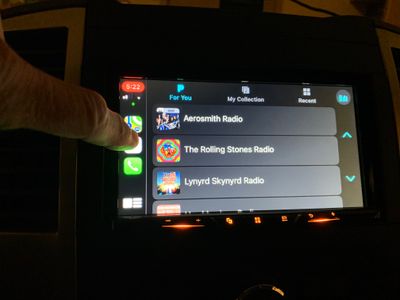 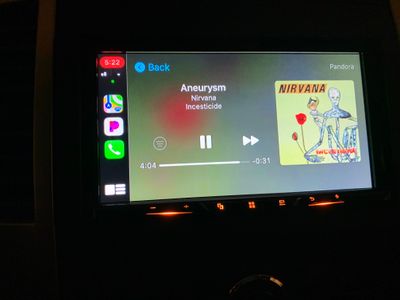 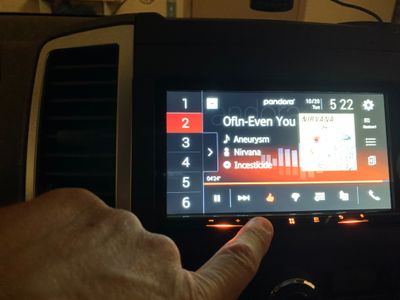 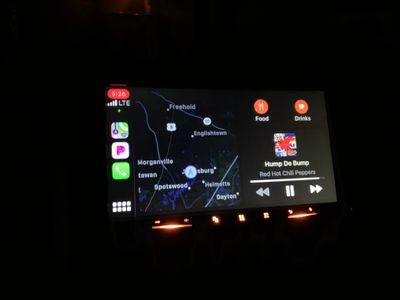 Just started again and it’s showing CarPlay, but the screen is the same... 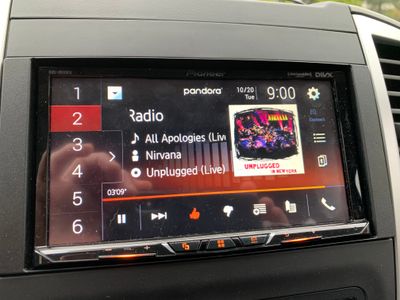 I've been chatting with an engineer about this and showed them the pictures you posted for your Pioneer.

We'd like to add you to a 'Launch From Car' experiment for iOS. This experiment is not available to all listeners just yet. However, it may help in your case, though there is no guarantee, either way, any feedback you're able to share will be extremely helpful.

I've gone ahead and made a small change to your account and this experiment should now be available to you.

First, please confirm you have the latest version of the Pandora app (version 2009.2.1) and then use the following steps:

I already have this option checked and Pandora does currently launch as a result of a signal from the head-unit, or at least as soon as it establishes a connection, either through USB or Bluetooth.  This has been the case since before I installed this head-unit.  So the issues I am currently having exist with this option checked.

What else ya got?

I received an email saying that you answered my last, but there is nothing additional posted from you.

Do you have any further input or suggestions or is this just something I have to live with?

Ok, folks who may be watching this thread for an answer, I’m guessing that since it’s been 6 days with no response since the last out-of-date suggestion (their ‘prototype code’ was already implemented and I had already turned the switch on...), ‘tanner’ doesn’t know the answer and so just abandoned me.

I say ‘tanner’ because based on the times and days of the week of the answers, ‘tanner’ is probably a Philippines call-center...

A disappointing, useless waste of time...

I’ve been out of the office for the past several days and just got back-in.

Unfortunately, we’ve exhausted all troubleshooting steps so far. I’ve gone ahead and created a ticket and passed this on to our engineering team so they can investigate further. I’ll make updates in this thread as they are made available to me.

There is one question that I asked that it would seem you could answer without engineering assistance:

What is the screen SUPPOSED to look like, if communicating via CarPlay and not the pioneer native app??

Recent and For You view: 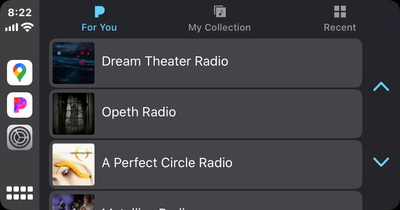 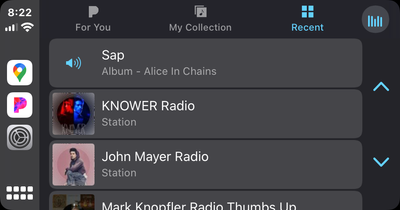 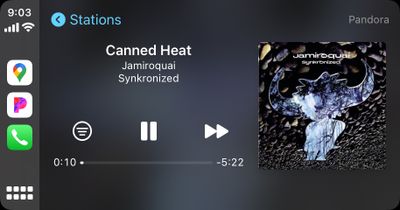 Where is last track?  I see where you can get to thumbs up and down, even though you don’t show that and I see next track...

If last track/restart current track is not available on CarPlay, why is that?

And here’s a clue for you:

As I previously said, I can toggle between those screens and what looks like the native Pioneer app.

So what I’m actually doing appears to be toggling between CarPlay and Pioneer.

Can you explain anything further or add anything with respect to the bugs, or is it safe to say that I’m starting to surpass your knowledge on this subject?

Sorry for sounding snarky, but you must admit you’ve been pretty much zero help...