Gapless audio is a feature I would like, since I mainly listen to albums, live albums, and concept albums where a break between tracks is jarring. Spotify has this feature, but I haven't used Spotify since receiving the patronizing "epic collection, friend" message . . . but I digress . . . On desktop, that there new Amazon Music is gapless, it buffers the song(s) being played. I tried a Peter Gabriel Station on AM, and the mix was . . . well . . . that station wanted to play Toto/Africa, and Bon Jovi . . . I almost vomited . . . but I digress . . . Thanks  B 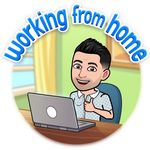 Thanks for the idea @BreenX 👍

Please yes, gapless.  For any EDM the gaps completely ruin the listening experience, almost enough to drive me to Spotify.  If I pick an album to play, I expect it to play as if I were listening to the CD. How is still not available? Every other service has it.

It's a real buzzkill to hear that second gap when playing live albums or songs that blend into eachother. Please add this feature. At this moment I am listening to Pink Floyd's The Wall on Spotify, as it was meant to be heard, with no gaps between songs that flow from one to the other. Pandora adds gaps, destroying the experience. If Pandora could play these albums correctly, I would drop Spotify. As it is, I keep Spotify for on-demand music and use Pandora for a radio type of experience (which Spotify **ahem** at). Please let me drop Spotify and pay you more money for Premium with gapless playback. This is the one and only reason I do not subscribe to Pandora.

I'll be a little less polite about this. Gapless album play should not be a *request* it should already be a *feature* of your service. And it is a *joke* that it isn't. I pay Pandora for premium service and it is *unacceptable* that I or anyone else has to hear *gaps* between songs on albums. Fix this, or I will stop paying.

This is THE single feature that everyone has except Pandora. It is essential for listening to live or concept albums.

@TannerPandora   Any update on this? At least to me, this is the single biggest feature that Pandora is missing right now along with an expanded catalog and a higher bitrate.

Just discovered Pandora premium does not have gapless playback. Seriously thinking about canceling. How can this be "Premium" ? I thought this was my alternative to Spotify. Now I'm not so sure.