JordanKeoto
Opening Act
I 100% agree, agree, who's actually reading this to make sure something get pushed? We have no clue of knowing if something is being considered or not. Terrible customer service.
0 Kudos
Likes
Reply
Reply
Loading...
Highlighted

Another thing is that this feature request thing has been going on for months and not even 200 post but they can't even keep up with that?

Imagine if Facebook did the same, they'd have 100s of 1000s of messages. You have 0 excuse pandora. 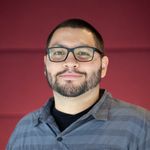 In the Pandora Community we know the value that our users bring because we talk to them every day. Our listeners are often the first alert for issues with our service, and we've always done our best to circulate your feedback on bugs and feature requests internally. Part of the reason we built this Community was to create a more accessible and visible environment in which to share the thoughtful feedback we get from our listeners constantly.

As far as developing these ideas, we take it seriously. We know we have to be very thoughtful when making changes to our product; what may be one user’s biggest concern could degrade the experience for someone else. We’re doing our best to bring benefits to all of our users.

Take for example our recently-introduced Pandora Modes feature. We took your feedback that certain Pandora stations were too repetitive, or that others didn’t feature the seeded artist enough, and we turned it into something new: we created modes that allow you to fine-tune your listening experience. With modes like Artist Only (for times when you just want your seed artist), or Discovery (when you need something fresh), we’ve answered both requests. It took us awhile to develop, but we’re really proud of the result.

So, you’re right: we can be slow to bring to life the great ideas we see from you every day. But we’re always listening, and talking internally, and figuring out what high-quality solutions we can bring you. For now, we hope you’ll keep posting your requests and up-voting the ones you agree with. The more up-votes a request gets, the better we can advocate for its development.

Re: 188 Open Feature Requests vs 2 Closed

I've been a software developer for 25 years.

The time it takes to look at a request, determine its importance vs other issues that may be pending, put it on a business plan for the quarter, assign someone to the task, figure out how to make that work with the existing code base, test it, make sure it actually works and schedue it for some kind of release is not instant.

You can rest assured that any company that works at all on Internet time is worried first and foremost about the stability of the product, getting features rolled out that were planned in advnace, and then looking at enhancements.

Nobody is ignoring you. (I don't work for Pandora at all, disclaimer here) But I'm sure that they, like every other software company on the planet, has a six to twelve month backlog of feature requests to consider even before others throw them on.

Sometimes something can be done really quickly - like for example if there was text that was red and green to determine stop/start and that was not working for colorblind folks, switching to an icon is relatively simple. But messing with algorithms, making changes to workflows, and so forth - you can't just throw code changes into the mix and move on, unless you want the next complaint to be "why did this stop working? When is my radio coming back on?"

Even the best companies have this happen- anyone remember when Amazon went down for like, a really long time back in the day? That cost them millions. Nobody wants that to happen to their company, so these things can take time.

Also consider the workload developers face - there's never enough of them because to be honest there's always shortages.

Re: 188 Open Feature Requests vs 2 Closed

That would make sense for a smaller company new to a platform or style. But Pandora has been around for years. How long has the feature request been open? For their to be only 3 ideas closed out of over 300 makes no sense unless those features were already in development. Seeing as how they weren't as highly voted as some of the other post why else would they be chosen?

Other than MODS saying "Great post, amazing idea!" We have no way to know if something is actually being done. Just like any other company they deserve some scrutiny from paying customers! I can understand that somethings take time to implement, but 3 closed ideas? C'mon now, they're not some small indie dev company on the up and coming. They know what they're doing, and to keep people from swapping to Spotify they need to listen to feedback and actually respond like any other company would.