The legendary Louis Armstrong was born this day in 1901 in New Orleans, LA .

The man who became known the world over as "Satchmo" was an ambassador for joy and happiness. His trumpet, his smile, his laugh and his willingness to ‘live for that audience’ all helped to make Louis Armstrong a 20th century icon. He was also a trumpet player of outstanding skill whose technical expertise and the genius of his musical imagination made him the model for virtually every jazz musician from the late 1920s to the outbreak of World War II and beyond. 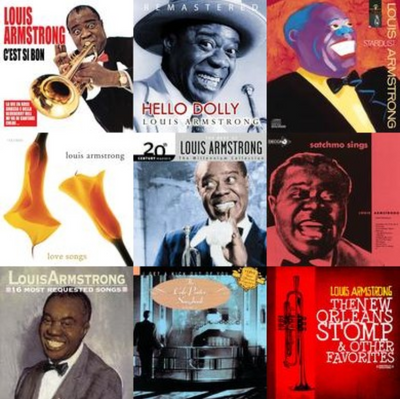 I always remember him just smiling, every where he went, everyone he was seen with. He was always smiling. He made you smile, just watching him. A true legend. Thanks for sharing Pandora. Take care and stay safe.

@MOHLovesAlaska And what a nice memory to have of someone, of them smiling. 😊

I like the song "When You're Smiling (The Whole World Smiles with You)". 🎶

AlyssaPandora  If you were in a negative mood and you were in his presence I doubt you stayed in that negative state of being. He always seemed perky as well as in great up beat spirits. He just made you smile almost as big as his smile. Take care Alyssa and stay safe.