Very few musicians are performing in their '90s, but after becoming a nonagenarian, Tony Bennett continues to perform and record. His crooning career has spanned over six decades, having recorded over 70 albums (most of which were for (Columbia Records). Bennett is best known for lending his velvety voice to show tunes, big band, jazz, and traditional pop standards. He's performed and recorded with the legendary Count Basie Band, but he's also worked with contemporary pop artists like Lady Gaga, Bono, Amy Winehouse, K.D. Lang Carrie Underwood and Norah Jones (to name a few). Having won 19 Grammys and after selling over 50 million records worldwide, not even age seems to slow him down. This playlist celebrates the voice, the music and the immortality of Tony Bennett. 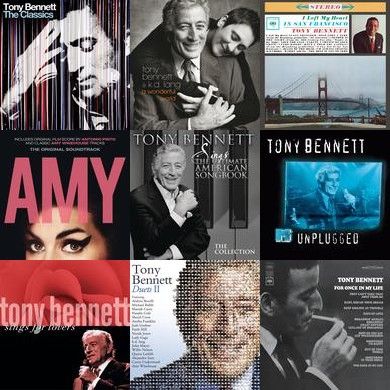 A long and full life. ❤️