This post has been created to report errors in an artist profile or biography. If you notice a discrepancy, please let us know by posting here.

As you can tell from the title, I noticed a peculiur problem wherein two artists are sharing the same profile. As I discovered, the artists are polar opposites: one is a solo downtempo producer by the name of Matthew Brewer, and the other is a post-hardcore band. You can imagine my shock as my peaceful downtempo station suddenly started screaming at me for multiple songs at a time. The biography on Pandora is defintiely written about the hardcore band, though the profile features songs from both bands.

I'm hoping that we can get this sorted out so that I can enjoy my downtempo in peace. Hopefully I've come to the right place in posting here; a page on the help site mentioned that I would be able to receive support from staff here. If not, is there somewhere else that I can go for customer support?

Hi @Neightro Thanks for letting us know. I've passed this on to the folks who manage our collections. We'll look into it as soon as we can.

Thanks for posting to community! 🎶

Thanks for the fast repsonse! I'm glad to hear that there are people on top of it. The artwork should be simliar to this: 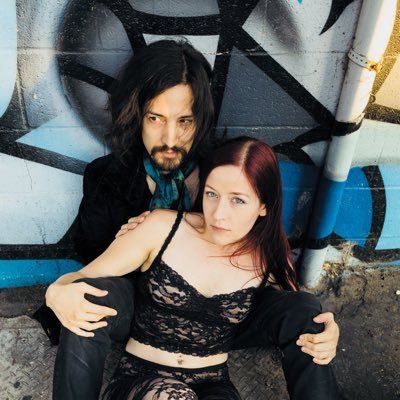 The Band Famous came to life in 2013; drawing from the members' shared love for music, art, and software development. The band actually formed over a live-stream, as Minnesota Public Radio’s Jay Gabler and David Campbell joked, “they filmed their own birth”. Being software developers, the band self-published and released their debut album, Last Words, as an app-exclusive. Download The Band Famous to get their debut album, a game, and free in-app concerts. With their app you are able to tune in for free to every in-app concert from the comfort of wherever you are. While their debut album was completely improvised, in a jazz type fashion, their upcoming 2ndalbum, Awakening, is their most focused and developed material yet!

Zander and Norell are a husband/wife duo and the founding and current active members of the music group The Band Famous® aka TBF. They are the first band in the world to release a debut musical album, Last Words, of improvisation in the form of an interactive app, built by the band members' themselves.

Terrance Schubring aka Jambots contributed to the debut album production, and also the game, "Cycle of Destruction" in The Band Famous apps. He performed on stage with Norell for the debut app album release party at the Gay 90s, and also collaborated with Norell for the song "Promises" on the anticipated 2nd album Awakening. Other past performing members include guitarist Edwin P. Scherr.

The photos below show the issue: 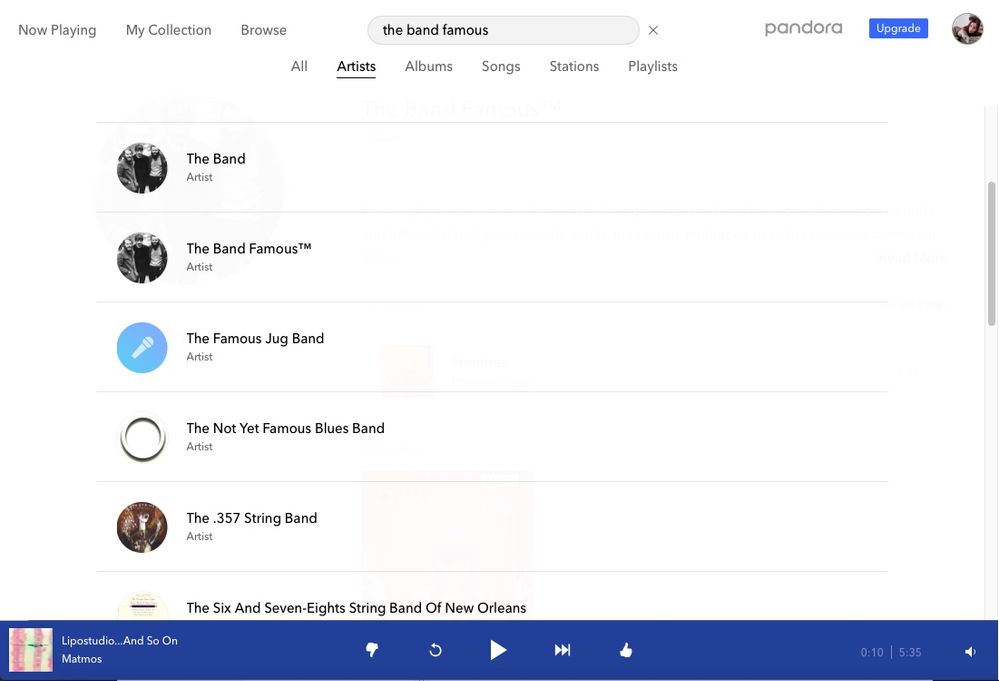 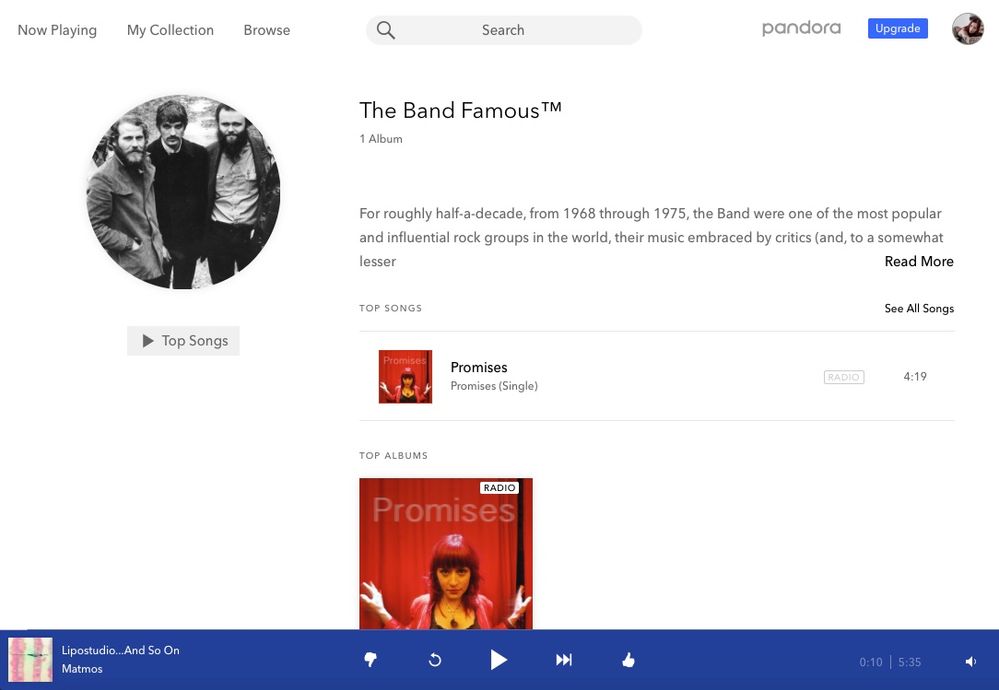 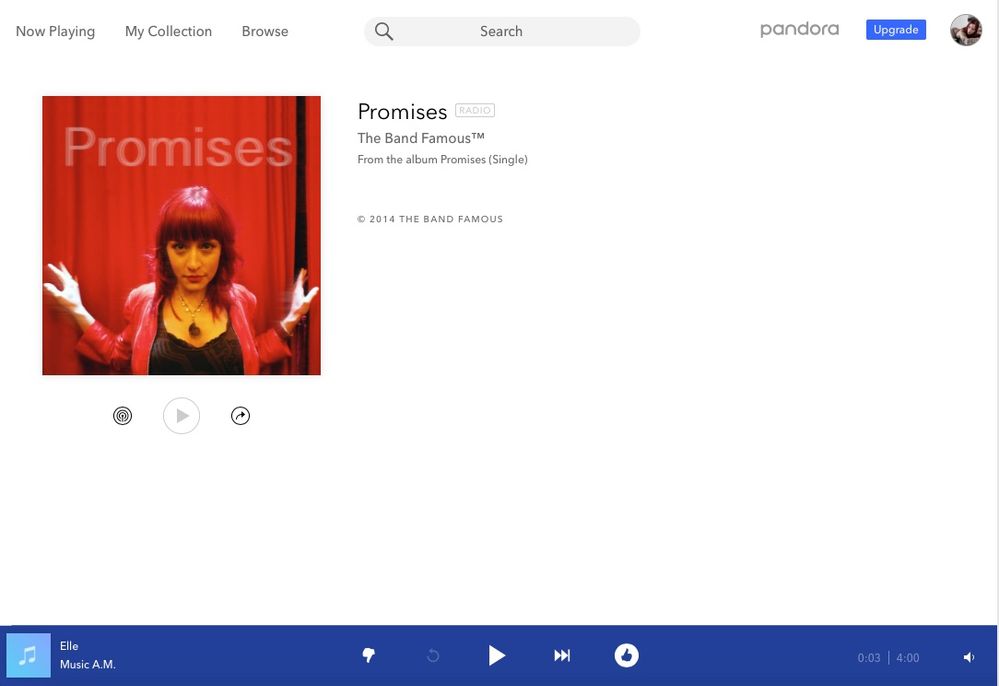 Hi @bandfamous thanks for letting us know. I've forwarded this to the people who take care of the collection. We'll look into it as soon as we can.

Thanks again for taking the time to let us know. Hope to see you around community more. 🎧 The band Blue Murder features former Thin Lizzy and Whitesnake guitarist John Sykes. Instead of that  information, there is a bio for a band that is the wrong genre and has the wrong music attached to it... 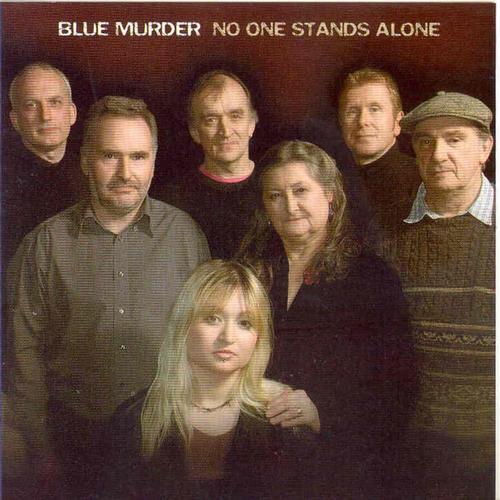 Featuring musicians Martin Carthy, Norma Waterson, Eliza Carthy, Mike Waterson, Jim Boyes, Lester Simpson, and Barry Coope, Blue Murder has been a treat for folk festival attendees since the 80′s. The group came together at England’s Whitby Festival in 1988, claiming they did the show just to let loose and have some fun. Originally a collaboration between Swan Arcade and the Watersons, they played regularly throughout 1988-89 but stopped to work on their own material until 1994. It was then when they added Coope, Boyes and Simpson to the lineup and recorded a track for the Joseph Spence tribute album Out on the Rolling Sea. They continued to reunite at festivals occasionally until 2002, when they committed to recording their first album. Using traditional British folk songs but performing them in a method that best resembles a folk choir, the group maintained a legendary status because of their live shows. Recorded in the spring of 2002, No One Stands Alone appeared that summer and was followed by several live appearances. ~ Bradley Torreano"
0 Kudos
Likes
Reply

@gtr_donald  Thanks so much for pointing this out.

NitroVikingX
Local Performer
so the accoustic artist cory wells about the artist is the guy who started three dog night in the 60's... this artist wasnt even alive then LOL
0 Kudos
Likes
Reply

Music from the artist HIM (all caps, Finnish band) is showing belonging to HiM (lowercase i, USA band). The whole discography shown when I click the artist is actually HIM's music, not HiM.

@onesixtina Thanks so much for pointing this out.

I moved your post over to the My Collection board to keep the community organized.

Sounds like there may an issue with the biographical information you're seeing for Cory Wells (acoustic artist).

Thanks so much for pointing this out! I'll report this over to the team who takes care of our collection.

See ya around the community!  🎼

The artist info for the band Elder is wrong. Per the band’s website, the current lineup is Nicholas DiSalvo, Jack Donovan, Matt Couto and Michael Risberg. Their website doesn’t list any former members (not sure if there are any, to be honest), but the lineup Pandora lists doesn’t include any of the same people. The band’s official website is beholdtheelder [dot] com (broke the link in case links aren’t allowed on the community boards). Thanks.

Hi @Kahli_Sana Thanks for letting us know! I've moved your post to this thread to keep things tidy.

I've gone ahead and reported this to our curation department! They'll take a look at this as soon as they can.

Thanks again for posting! ❤️

The ONOFF channel photo is of another band. Can you help to change it back to the OG I uploaded? Or where can I send a new file?

@ONOFF Someone from our AMP team will be contacting you separately via email to help with this.

In the future, you can always reach out them directly with any questions here.

Keep an eye out for their message in the meantime! So how do I correct incorrect bio listing on Pandora?

@timothyr979 I can pass your feedback along for you if you'd like.

What is the name of the artist listed in our collection with the wrong bio? Artist name "A-Ram" has an incorrect bio in display from a band named "RAM." However, my discography is correct. How can I resolve this?

hey @A-Ram thanks for letting us know. I've passed this on to our curation team and let them know about the incorrect bio.

Thanks for posting to community! 🎧