4 days now iPhone 13 Pro Max with iOS 16 all my Pandora does if buffer. I listen off the app. I have signed out and restarted my phone and nothing. Any ideas.

Yes - this issue is likely related to iOS 16, @tdellaringa2. Thank you for the additional update. 👍 I am having the same issue since IOS 16 upgrade. Launch Pandora and it doesnt auto play just sits at the artist list and when I select shuffle or thumbprint it just buffers on Wifi and verizon data.  Work around is select a station let that play, then go back out and select shuffle and then shuffle with start working.

Thanks again for posting your device details as well as your experience. I've added all of this information to the internal ticket we have open with our engineering team. We hope to have this issue resolved soon.

Once I receive an update, I will post it on this thread. I know that this is a frustrating issue and your patience is greatly appreciated. 🎧

Thanks so much for posting about your experience with the buffering issue.

This is currently being investigated and worked on.

We appreciate you taking the time to share your device information and for your patience during this process. 🎧 I’m still having this issue on the latest version with my iPhone 13 Pro Max on iOS 16, and like others have mentioned it seems exclusive to the thumbprint radio 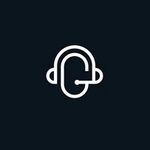 Thanks for reporting this on your end and sorry for the issues you continue to experience.

We have an internal ticket with our engineering team as we're seeing this issue occur with iOS 16. I'd like to pass along your feedback and device information. Would you mind providing the following:

Thanks for your help and cooperation! 🤝

Hi there, I'm reporting a change to the buffering problem that I've reported at least twice since the iOS 16 update to my iPhone 8 Plus running through AT&T wireless and AT&T High Speed Internet (when traveling and home, respectively).

To summarize past problems, since iOS16 update to my iPhone, I could not freshly open the Pandora app on my phone without getting stuck in an endless buffering loop. The only way I could get the iPhone Pandora app to work is to delete the app and then reload it fresh from the App Store. I had mentioned that when I reloaded the app at home while still on the same network (AT&T High Speed Internet through my home WiFi/router), the freshly reloaded Pandora app would tell me someone else was listening even though I had already silenced my Sonos system playing Pandora. This had not happened before iOS 16 upgrade. When I was traveling (so on my AT&T wireless account), a fresh reload of the Pandora app would not say anyone else was listening to my Pandora account. End summary of past problems.

Now the new stuff... my AT&T High Speed Internet had a problem causing outage over an area from Mountain View up through Redwood City (where I'm connected). This problem persisted all day yesterday and was readily acknowledged by AT&T customer support. Some time last night, while I had my router unplugged, AT&T fixed whatever the problem was "out there". This morning I've had to do a number of things involving rebooting my router, waiting for router table updates, and eventually, requiring AT&T to reboot the gateway on their end followed by my rebooting my router (again), waiting 15 minutes (per their instructions... probably routing table update distribution).

After all the above hoo-hah, I have now been able to open and close my Pandora app on my iPhone _without_ having to delete and reload it. I've now done the complete close of Pandora app and reopening the Pandora app (without a fresh download) and have had it properly play.

Hopefully, you can interpret something from this description. Clearly, some interplay between iOS 16, Pandora app and something "out there" on the Internet wrt my AT&T High Speed Internet and/or AT&T wireless. Of course, others are having problems with other service providers but, hey, Internet protocols are Internet protocols for all providers.

Good luck... I'll check back if it starts to have problems again. If you don't hear back from me here, assume it is still working properly again (yay)

The update released a day or two ago fixed the buffering issues for me.

After many, many years I’ve decided to cancel my Premium subscription.  What’s the sense in paying if all it does is buffer endlessly, regardless if restarting phone or reinstalling app.

I get that. This is ridiculous.

Pandora Update (10/10/22): A new version of the Pandora app was released over the weekend. If you haven't already, please try manually updating to Pandora app version 2209.2.1. This new update should fix the buffering issues.

Thanks for your help with this, and let me know if you continue to have trouble. 🤝

Thanks for confirming those details. I'm glad to hear you're back to listening without any issues after updating the app. 👍

Thanks for sharing your recent experience. Sorry to hear that your internet went out as well. I know how annoying that can be. In the meantime, I would recommend updating the Pandora app to the newest version. You can find the solution to this thread here. Feel free to let me know if this helps resolve the buffering issue for you. Thanks for sticking with me on this. 👍

Well, that was the most serendipitously, fortuitous update timing ever... just as my Internet outage was recovering, the Pandora app new release came out exactly when I switched back to the Internet from wireless.

Awesome! Thank you for confirming, @CynthiaToday. Please don't hesitate to let me know if you notice anything else. Your reports and specific details have been very helpful for our engineers.

I’m having the same problem and I’ve rebooted several times. No luck.

@Koolguali I moved your post over to this existing thread: iOS 16: Continuous Buffering on 2208.2 and later

A new version of the Pandora app was released over the weekend. If you haven't already, please try manually updating to Pandora app version 2209.2.1. This new update should fix the buffering issues. I'm experiencing the same problem. It's only on my iPhone (web works fine) and only on one station.

I moved your post over to this existing thread: iOS 16: Continuous Buffering on 2208.2 and later

A new version of the Pandora app was released over the weekend. If you haven't already, please try manually updating to Pandora app version 2209.2.1. This new update should fix the buffering issues.

Mine does the same thing? In order to get it to play I have to reinstall it every time. Did you find a solution to this?