I love Pandora and use it almost exclusively for music, but I'm losing faith.  This is the ONE app I have that simply does not like to cast to Google Chromecast devices. It sometimes works, but most often the cast icon just doesn't appear. I have shut down and restarted the app, restarted my phone, and even deleted and reinstalled the app. Spotify, Amazon Music, Google Play, SiriusXM....I never have this problem with any other app. I'm starting to think the money I spend for Pandora Premium Family may be better spent with an app that works the way I want to use it.

@McDude Nice to see you around the community. 👋🏽

If the Chromecast icon isn't showing up in the Pandora app or if you're having issues casting, try the following:

If you are still having trouble with Chromecast, please refer to Google's support page here.I hope this is helpful. Let me know how it goes.

Thank you for taking the time to reply. 😊

1. I have deleted and re-downloaded the app multiple times, so it should be the latest version. My last delete/download was Sunday, when I originally posted.

2. I only have one wifi network in my house, and everything connects to it.

3. Between Chromecasts and Home devices, I have 11 devices to which I can cast. It isn't just a single device that doesn't appear; the icon itself doesn't show up, though it does on other cast-able apps

4. This is the only thing that works. Sometimes, I have to restart the app multiple times before it picks up on the cast icon, but I've lost my place in whatever I was listening to by then.

5. Again, this isn't just an issue with a single cast device. The app doesn't show me the icon. This is an issue with the Pandora app.

Thanks again for taking the time to respond. I appreciate it!

I'm going to go ahead and create a ticket for this to pass on to our engineers for further investigation.

Could you tell me more about your iPhone?

My device is iPhone 6s+

Thanks @McDude! I forgot to mention this earlier, can you also include a screenshot of the missing cast icon. 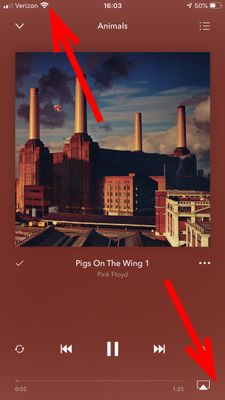 I just saw there was an update released yesterday (2004.1), so I updated the app, and the symptom is still present: 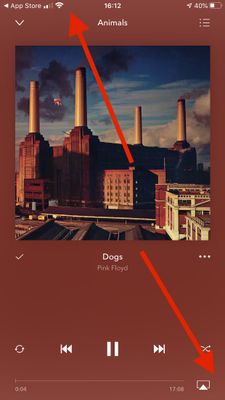 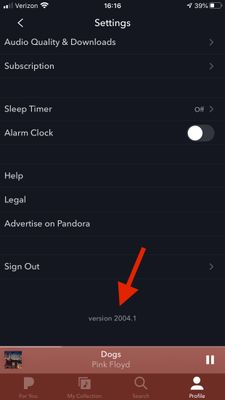 Thanks for being super helpful with this @McDude! Great resource of info.

I had similar problems when I was on iPhone, and they also happen on my (2) Android phones.

Basically, the chromecast icon goes missing in the pandora app from time to time.
I've tried force-closing the app, rebooting stuff, etc.
What I found was consistently useful at bringing the icon back was (on iPhone) jumping away from the app and then back to it using the swipe-up gesture that shows all the running apps in a horizontal array.
On Android it's even easier. Just touch the down-arrow on the upper-left of the Pandora now-playing screen, it reduces to a bar, showing you a list of alternative channels. Now touch that 'now-playing' bar at the bottom, and when it re-expands, the Chromecast icon reappears.

After a LOT of fiddling with things to solve this, I've reached the opinion that the Pandora app is simply mis-written somehow, and fails to accurately abide some window-management or other OS semantic - they can be tricky.

Your mileage (and root-cause) may vary, of course, but if this trick helps even one person not to have to spend an hour restarting routers and phones, it'll have been worth typing.

(And maybe Pandora will notice and fix their app.)

I believe it has to do with your network.  Your router might be set to something that's blocking multicast packets.

I've been fighting this battle for years, started for me when I upgraded to Pandora Premium. It's a well know & well reported issue that Pandora seems to have no interest in fixing. If you've found a fix that actually worked please let me know. When I try to cast to my TV it freezes and then eventually disconnects. All other Chromecast enabled apps cast just fine so it's definitely on Pandora's end. I've lost count of how many times I was told the problem was being escalated to the engineering team which is code for you'll never hear back from us